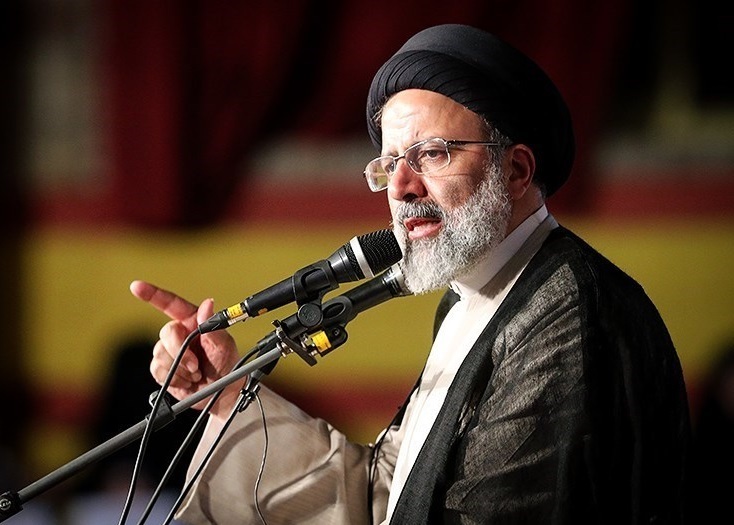 On 18 June, the Islamic Republic of Iran held its presidential election, which was met by a widespread boycott by the masses. The official figure for turnout was 48%, with the regime’s desired candidate, Raisi, winning with 61.9%, with blank votes coming second on 12.8%. The real turnout however could have been even lower, with some estimates placing it between 25 and 35 percent. There have been reports of some polling stations being completely abandoned. This was an absolute sham of an election, which saw the lowest turnout and the highest number of blank votes in the history of the Islamic Republic. This comes on the back of a continuous wave of strike action and protests that have been ongoing since 2018.

This growing wave of class struggle is not subsiding. In fact, it only seems to have escalated in recent days: around 3,000 oil and gas workers have gone on strike, railway construction workers in various provinces are on strike, Tehran metro workers and the farmers’ protests continue across the country. The class struggle is now and has for some time involved every layer of the masses. The working class, faced with an unprecedented crisis, are fighting for unpaid wages, for a living wage, against rampant corruption in the public sector, and against privatisation. Farmers are protesting years of worsening drought, and the arbitrary seizure of their land and water rights by semi-state companies.

The outgoing Rouhani government was plagued with constant in-fighting between the various factions of the regime. In the face of the class struggle, each wing attempted to demagogically appeal to the masses. The regime made clear from the beginning that their candidate was the ultra-conservative Ebrahim Raisi. His appointment through a sham election is a symptom of the crisis of the regime. They were not even capable of holding elections with candidates from various factions of the regime, such was their fear that continuous infighting might have led to the eruption of a mass movement within or around the election campaigns. Instead, the regime allowed only six candidates to be approved, all from the hardline, principlist faction. Other candidates were forced aside. But even with just six candidates, the regime was not confident that their candidate, Raisi, would win, and therefore the number of candidates was even further limited to four, just two days prior to the election.

The clampdown on the elections has completely backfired. The lack of an electoral outlet only galvanised calls for a boycott across Iran. During the election campaigns, spontaneous speeches calling for a boycott were held by young people and workers in every major city, including: Teheran, Karaj, Mashhad, Kermanshah, Shiraz, Isfahan, Tabriz, and others. In some cases, these actions went as far as hijacking the election rallies of various candidates. Election posters and other material were destroyed in the night. Over one hundred workers’ organisations signed a common statement openly calling for a boycott including the Haft Tappeh workers’ union; along with student organisations in Isfahan, Tehran, and Mashhad who issued a separate statement.

By eliminating the pretense of formal elections, the regime has only dug itself a deeper hole. Khamenei, the supreme leader, attempted to encourage the masses to vote in a televised speech, saying, “By your presence and vote, you actually determine the fate of the country, in all major issues.” His efforts were in vain as polling stations were deserted. Nonetheless, the regime still attempted to portray the turnout as a high one, with the semi-state Fars new agency, linked to the IRGC, announcing a 51% turnout seven hours into voting. This was in stark contrast with reality, even various official polls putting turnout at just 40 percent. Trying to keep up the facade of legitimacy, the regime even extended voting by three hours, bribing people to vote. And yet polling stations were estimated to have been a third or a quarter as crowded as in previous elections, with all polls prior to the election – including those of the regime – showing an unprecedentedly low turnout.

The Islamic Republic on life support

The Islamic Republic is in a serious crisis, with the masses experiencing the deepest social crisis that they have faced since the Second World War. Inflation is soaring with the central bank continuously printing money. From April to May alone, the regime increased its money supply by 10%. The country’s infrastructure and production are collapsing. Decades of water mismanagement and climate change are destroying the livelihoods of farmers. All the while, the COVID-19 pandemic rages on. On 22 June, 11,716 new cases were reported and 1,278 patients were newly hospitalised. The Islamic Republic is rotten to the core and has exposed its complete bankruptcy. US-led sanctions are a central factor in exacerbating the crisis, but the ongoing negotiations over the reinstatement of the Iran-US nuclear deal are uncertain now that a hardline, principalist government is in power. They will not wish to lose the useful boogeyman of American imperialism.

This puts the regime in an impossible situation. Growing class struggle has landed the Islamic Republic in a worsening crisis. Yet with sanctions in place, it cannot realise any of the demands of the masses. As early as 2018, the slogan, “Reformists or Principalists, it never ends,” had become prominent. Iran’s role in the region also came in for criticism with slogans such as, “No to Gaza, no to Lebanon, I give my life only for Iran ''. The ability of the regime to appeal to the masses through religious or nationalist demagogy has diminished.

Even the sabotage of the leadership of the regime-led workers’ organisations has shown its limits. For example, the oil workers’ strike that is ongoing is a continuation of the strike wave in August and September 2020. That strike was hijacked and pacified by the regime. But now a large minority are looking to the more radical factions in the state union, which is calling for a national strike. To an increasing degree, all the regime has left to rest on is violence and suppression, but as we’ve seen in recent years, the suppression of one section of the working class only brings another layer into the class struggle. Through the class struggle, the workers’ organisations have increasingly converged on common demands, including the end of arrests and the freeing of their arrested members.

The appointment of Ebrahim Raisi through a sham election to the presidency will not calm the class struggle but will lead to its escalation. Raisi, as former chief justice, described his time in the judiciary as time spent fighting against corruption. He even went so far as to attack the Rouhani government, saying in the election debates that he would consider prosecuting the president and various other ministers. This is a continuation of the demagogic in-fighting of the regime that we’ve seen since 2018.

Such appeals to the hatred of the masses against Rouhani are largely ignored by the masses themselves who have rejected the factional in-fighting of the regime. Before the election in Tehran, a young man gave a speech in which he told a cheering crowd: “No one can tell the difference between the election candidates on TV, there is no difference. All of them are thieves.”

In another incident, the regime falsely reported that Raisi had been endorsed by the workers of Haft Tappeh, who are renowned for their militancy. The workers answered with the following statement:

“We hereby declare that, as we have repeatedly stated, this election like all other elections has nothing to do with the workers. In our opinion, Rouhani and Raisi are one and the same; only the color of their turban is different. Both love privatisation, free trade zones and violence. They are both enemies of the working class. The struggle of the workers has escalated to the point where some officials see the working class as the Achilles heel of the regime.”

A social explosion in the making

For the working class, it is clear President Raisi will continue the regime’s rampant corruption and privatisation, will continue to implement the planned expansion of the hated free trade zones, and will continue attempts to suppress ongoing strikes and protests. These conclusions show the leap in consciousness in Iranian society in the course of the class struggle of the last three years. The situation in Iran is ripening for a social explosion. As we saw in the election, the regime is less and less able to rule as it once did. In the long run, all the empty promises, suppression, and sabotage of strikes and protests by agents of the regime within the labour movement have only sharpened the conclusions of the masses.

The uprisings in 2018 and 2019 failed only because of a lack of leadership. The youth by itself cannot overthrow the regime. It is the working class alone that is capable of toppling it on account of its role in production, which gives it the power to bring Iranian capitalism to its knees. For without permission of the working class not a wheel turns, not a lightbulb shines, and not a telephone rings. This potential cannot be realised until the workers’ organisations unite for a nationwide struggle against the regime.

Already, despite the oppression, workers’ organisations and campaigns independent of the regime have developed, including pensioners’ organisations, various independent trade unions, and radical factions within the regime-led trade unions. Alongside economic demands, they have begun demanding democratic rights, including the right to strike, protest, assembly and for the legalisation of independent trade unions. At times, these organisations have united around common demands and campaigns. This is an important step forward for the Iranian working class. But with simmering anger across Iranian society, these organisations must unite around a common programme, which includes political demands. As the imprisoned leader of the Mashhad teacher’s union, Hashem Khastar, stated in an open letter after the elections: “The regime is bankrupt. Apart from printing money, what industry works without (state) support? It does not make sense to focus only on economic demands”. He concludes, “The time is ripe for widespread political protests and strikes. What can we expect from the empty coffers of a bankrupt and dying regime?”.

The current situation is rapidly developing – big social explosions are in the making and could burst out at any point. Included in the programme around which the workers’ organisations but unite around, should be economic demands, including: the reversal of austerity measures; living wages and pensions that increase with inflation; an extensive programme of public works to repair the country’s crumbling infrastructure; the renationalisation of all privatised companies under workers’ control, and the introduction of workers’ control throughout the state-owned economy. The following political demands must be included within such a programme too: the right to strike, protest and assemble, and an open call for the abolition of the Islamic Republic through the election of a constituent assembly.

Around such a programme of demands, the independent labour organisations and the militant factions within the regime-led trade unions could campaign for a general strike as a first step towards the overthrow of the regime. On this basis, they could win over the membership of regime-led unions, and sideline the bureaucracy that is tied to the regime. This would completely transform the situation, uniting the fragmented strikes and protests into a national movement, with a focal point at the head of the struggle. Only when such a leadership develops will the Islamic Republic be overthrown.