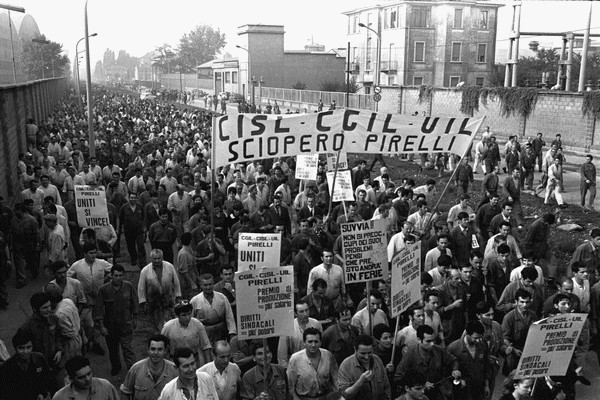 We publish here two videos of the discussion about the Italian Hot Autumn of 1969 which took place at the World School of the International Marxist Tendency 2013 in Greece. The discussion was led off by Claudio Bellotti.

Claudio Bellotti, member of the National Executive of the Italian Partito della Rifondazione Comunista (PRC), explains the events of the Hot Autumn of 1969. He provides a detailed account of the massive series of strikes in the factories and industrial centres of Italy, and the role the students played. Furthermore he comments on the effects these movements had on left wing organisations and the traditional mass organisations of the working class and the trade unions. Claudio is also on the editorial board of the Marxist journal FalceMartello.

This is the contribution to the discussion by Fred Weston of the editorial board of the In Defence of Marxism website. Fred explains how in the first stage of this movement the advanced layer filled the ranks of small and radical left wing organisations, whereas the traditional mass organisations of the working class and the trade unions lost a lot of their membership. But Fred emphasised, that the so-called revolutionary avantgarde did not understand, that when the movement got generalised, it expressed itself through the traditional mass organisation and the trade unions. The opportunity to build a strong Marxist tendency in those mass organisations was lost.