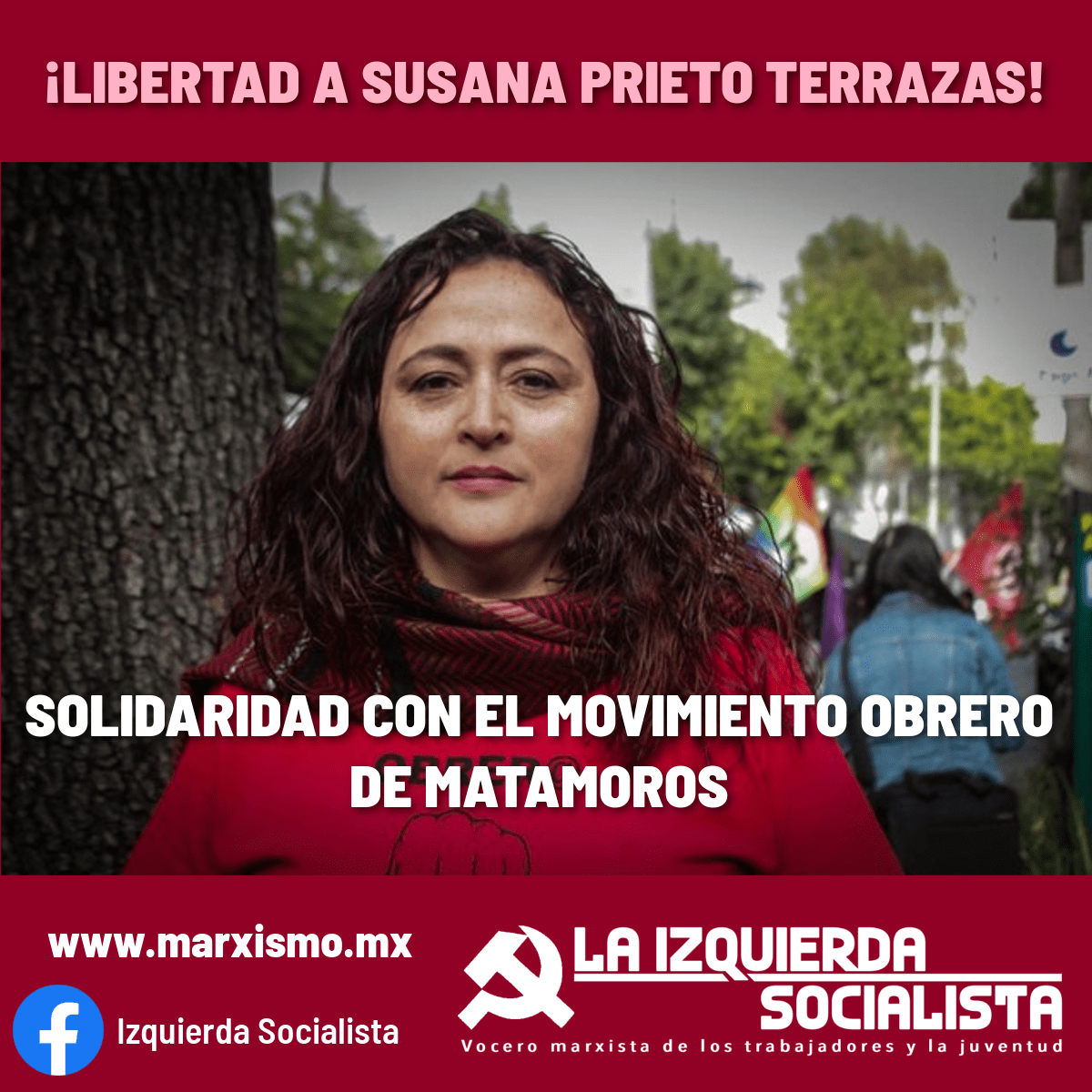 Susana Prieto is a labour lawyer and a prominent activist in the workers’ movement of the border factories (maquiladoras) in the municipalities of Matamoros (Tamaulipas) and Ciudad Juárez (Chihuahua), both of which are located in northern Mexico, on the US border. She has been arrested following orders of the Tamaulipas state government.

In January 2019, one of the most important worker struggles in recent years broke out in Mexico. Thousands of workers in the maquiladora factories of Matamoros demanded a wage rise of 20 percent and an economic bonus of 32,000 pesos, following an announcement by the government of Andrés Manuel López Obrador, who had undertaken to increase the minimum wage. The workers in the region took this decree seriously and fought for their demands through strikes and demonstrations.

The movement rapidly became a threat to the capitalists, the Tamaulipas state government, and the corrupt yellow unions affiliated to the Confederation of Mexican Workers aligned with the (right-wing) Institutional Revolutionary Party. This strike wave culminated in the creation of the National Independent Union of Workers of Industries and Services – 20/32 Workers’ Movement (SNITIS), which throughout 2019 waged a protracted struggle to introduce binding collective contracts in these industries.

When the COVID-19 pandemic began, the SNITIS called for the closure of factories and for the payment of full wages throughout the lockdown. It also launched a very active campaign to publicise the human cost of coronavirus in these industries.

Following pressure from the forces of imperialism, some of these factories reopened on 1 June. The maquilas in northern Mexico are connected to the supply chains of large US corporations. The SNITIS tried to organise demonstrations to protest this decision, which puts workers at risk of contagion.

Susana Prieto Terrazas played a key role in this campaign. She supported the strikes of 2019, spearheaded the creation of the new trade union, and led the campaign to expose the toll taken by COVID-19 in the factories and against the decision to return to work. This angered the local capitalists, the state governor, and the bureaucracy of the yellow unions.

On 8 June, she was arrested. She is charged with munity, blackmail, and intimidation of state officials. But we know these are not the real reasons for her arrest. Several rounds of protest demanding her release have already taken place, and on 21 June we are calling for an international day of action.

Please send your emails to contacto@marxismo.mx