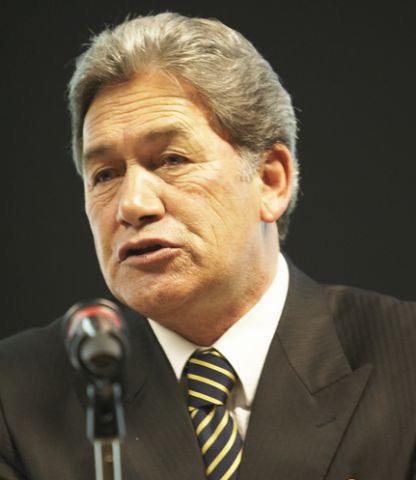 The 2017 general election resulted in a hung parliament on 23 September election night. Under the Mixed Member Proportional (MMP) electoral system, this is not a surprising result. Now that the special votes have been counted, the National Party, under proportionality, lost two list seats awarded to them on election night, with Labour and the Greens picking up one list seat each.

The problem for the National Party is that their patsy coalition minority parties have been given the boot by the voters. National have no natural minority parties to do a deal with as in past elections. ACT survived as it had a favourable arrangement with National in the Epsom electorate; without this, ACT would be out of parliament as they only secured 0.5 percent of the party vote. Under MMP, five per cent of the party vote is required to secure list MPs in the House of Representatives.

The loss of the Māori Party and United Future from parliament, as well as the decline in the Green and New Zealand First's party vote, is a reflection of the class polarisation that is beginning to take place in New Zealand society. United Future's leader Peter Dunne threw in the towel in the middle of the campaign when Labour went well ahead in the polls in the Ōhāriu electorate, where United Future had a sweetheart deal with National. The opportunistic policies of New Zealand's political Vicar of Bray, Peter Dunne, have finally caught up with him as the centre of New Zealand politics is moving leftwards. On the night, Labour won the Ōhāriu electorate, sealing United Futures' fate.

Te Ururoa Flavel, co-leader of the Māori Party, lost the Māori Waiariki electorate to Labour's Tamiti Coffey. The Māori Party party vote was less than 1.5 percent and as a result, they will not be returning to parliament. Labour have now won all seven Māori seats. This is hardly surprising as Māori workers bear the brunt of austerity in the so called rockstar economy, and have learned through experience that the crumbs from the National-led government table secured by the Māori Party do not amount to much when compared to the Māori Party's grubby support for National's public service cuts and austerity agenda! This class polarisation within Māoridom was first expressed when the Māori Party split on class lines with the creation of the Mana Party. This process has now come to its logical conclusion with overwhelming support in the Māori electorates for the tradional party of the working-class, the Labour Party. 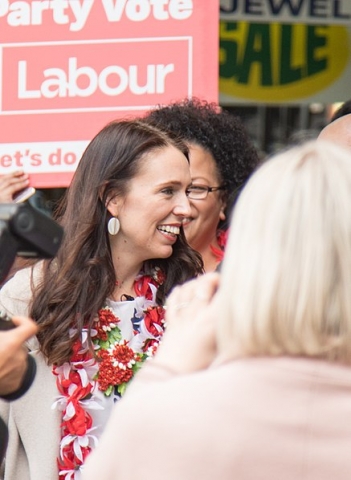 Labour secured 46 seats and 36.9% of the party vote. This is the best result since the Labour Party lost to Natonal in 2008. The positive campaign led by the Labour Party's Jacina Adhern turned the polls around. Labour tapped into a mood of dicontentment in the masses by putting forward a programme of reforms, although it was admittedly limited by seeking reform on the basis of capitalism. What can be said is that organisationally the Labour Party used similar tactics to the UK Labour Party, but without the grounding of a leftward moving manifesto.

The Labour Party campaign came unstuck on tax with National's successful smear campaign. Labour backed down on their tax promises, such as capital gains taxes etc, by stating that no new taxes would be introduced until a second term Labour-led government. This approach gave some creadance to the smears, halted Labour's rise in the polls and reinforced National's vote. In other words, the Labour leadership panicked, complained that National were playing dirty, and accepted the logic of capitalism! What was lacking was a coherent, socialist programme that would have answered such smears. It is interesting to note that, because of Labour's approach, there was no promosed “youthquake” as there was in the UK. The total turnout was just under 80%, marginally better than in 2011, and with no significant increase in young voters. Instead, Labour's improved result was at the expense of the minor parties as it began to look credible in the eyes of left-wing and floating voters.

National are claiming the moral authority to form a government as it secured 56 seats and 44.4% of the vote. This is a First Past the Post mentality. This was illustrated when Bill English gave a “victory” speech on election night and the need for “strong and stable” National government. However, under MMP there is no such moral authority: it requires parties secure 50 percent plus 1 of the votes to form a government. Bill English may rue the day he used the slogan “strong and stable”, as this was the disasterous UK Conservative Party slogan in the recent UK general election!

The Greens scraped past the five percent threshold to return to parliament after a disastorous campaign that we have commented on previously. The surviving Greens co-leader James Shaw on election night appealed to New Zealand First to help form a Labour-led government. The right-wing press has been speculating on National/Greens government. Such a proposition is possible under MMP but would not be acceptable to the Greens' membership. It may be palatable to the right-wing co-leader of the Greens, but even he understands that his parliamentary career would be short lived and voters would punish the Greens at the next poll as well as split from the party on class lines.

New Zealand First holds the balance of power. The party's leader, Winston Peters, is now in talks with both National and Labour. The MMP horsetrading is underway. New Zealand First is a demogogic populist party that bases itself on petty New Zealand bourgeois nationalism and racism, in particular against Asians. Winston Peters' populism looks back to the post-war period when New Zealand was in the top five of the OECD and had a state capitalist mixed economy. Winston Peters openly says that the 30-year experiment with neo-liberalism is a big mistake. However, on the basis of capitalism in its period of terminal decline, it is utopian to suggest that the golden days of the post-war New Zealand economy will return.

It is difficult to decide which way Winston Peters will jump on this question of forming a government. If New Zealand First backs National they will be punished at the next poll as have other minority parties this time around. Plus, it is highly unlikely that National will win a fifth term of government as the crisis of capitilism is likely to bear down heavily on the New Zealand economy, which is closely tied to the fate of the Chinese economy. Under these conditions, austerity will intensify as they put the burden of the crisis of capitalism further onto the working-class. A fourth term National-led government will lead to an intesifying of the class struggle as workers have no option but to fight to defend their living standards.

If New Zealand First backs a Labour/Green government it will further expose the inability of New Zealand capitalism to solve the social and economic issues the country faces and also expose the bancruptcy of reformism as the Labour leadership accept and work within the confines of capitalism. This will lead to a revival in the labour movement as workers attempt to put forward socialist policies and new militant leaders.

This election shows the beginning of a class polarisation developing in New Zealand society. The limited Labour Party campaign illustrated this with the collapse of the minor parties. Socialist Appeal would prefer a Labour-led government to National one. We welcome a number of their policies but would add that the Labour Party must break with capitalism and adopt genuine socialist policies that put the bosses' system on notice once and for all.