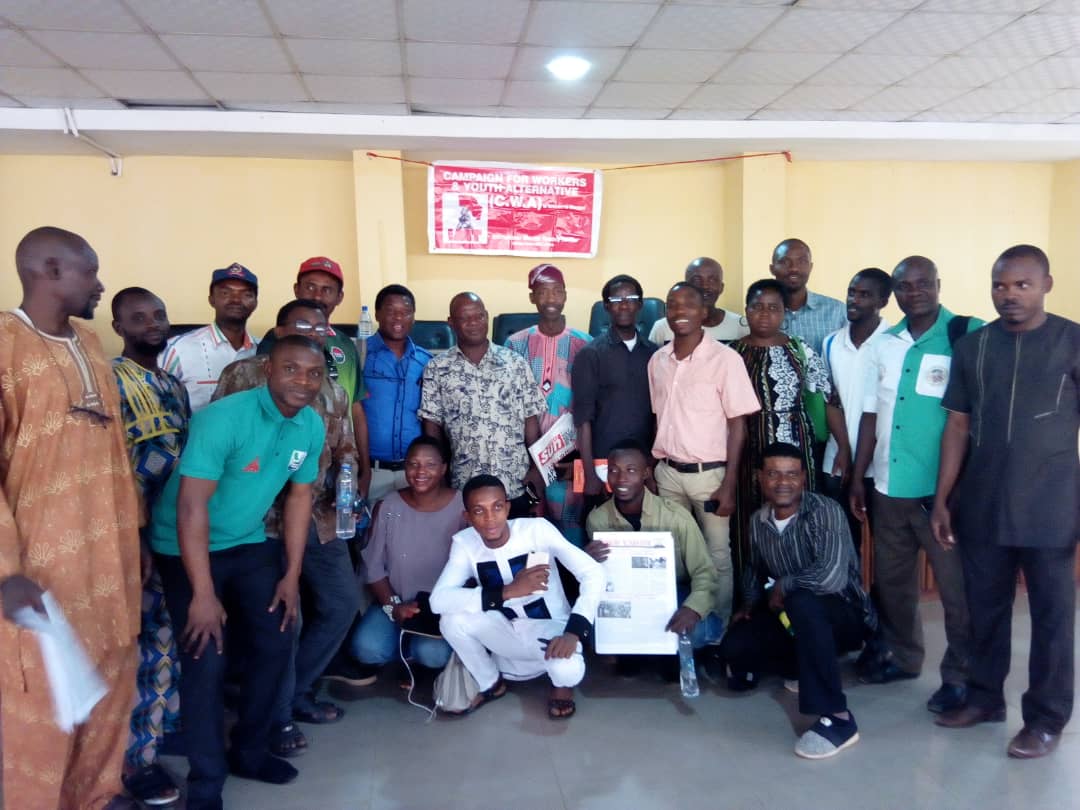 On 12 February, over 100 workers and Marxist supporters gathered at the conference hall of the Federal Secretariat of Ibadan, Oyo State, for a symposium organised by the Campaign for a Workers’ Alternative (CWA), the Nigerian Section of the International Marxist Tendency, entitled “Minimum wage and the workers’ struggle for power: beyond 2019”. The symposium invited eight lead speakers, out of which six eventually made it. The Oyo State TUC Chairman and the NLC Chairman could not attend due to an impromptu meeting called by the Governor of the State, which required their presence.

The discussion was moderated by Comrade Kazeem of the CWA and the discussion started off with Comrade Liberty, the Chairman of the Association of Senior Civil Servants of Nigeria, Oyo State Chapter. In his brief lead-off, he pointed to the brutal conditions that Nigerian workers have been subjected to by successive regimes since independence.

Comrade Liberty’s contribution was followed by Comrade Andrew, the previous Chairman of Trade Union Congress, Oyo State Chapter. In his contribution, he decried the compromising leadership of the workers and their betrayal of several struggles in the past. He encouraged the workers present to hold their leaders accountable, to become more interested in the affairs of the union and to refuse to allow any leadership to take them for granted. 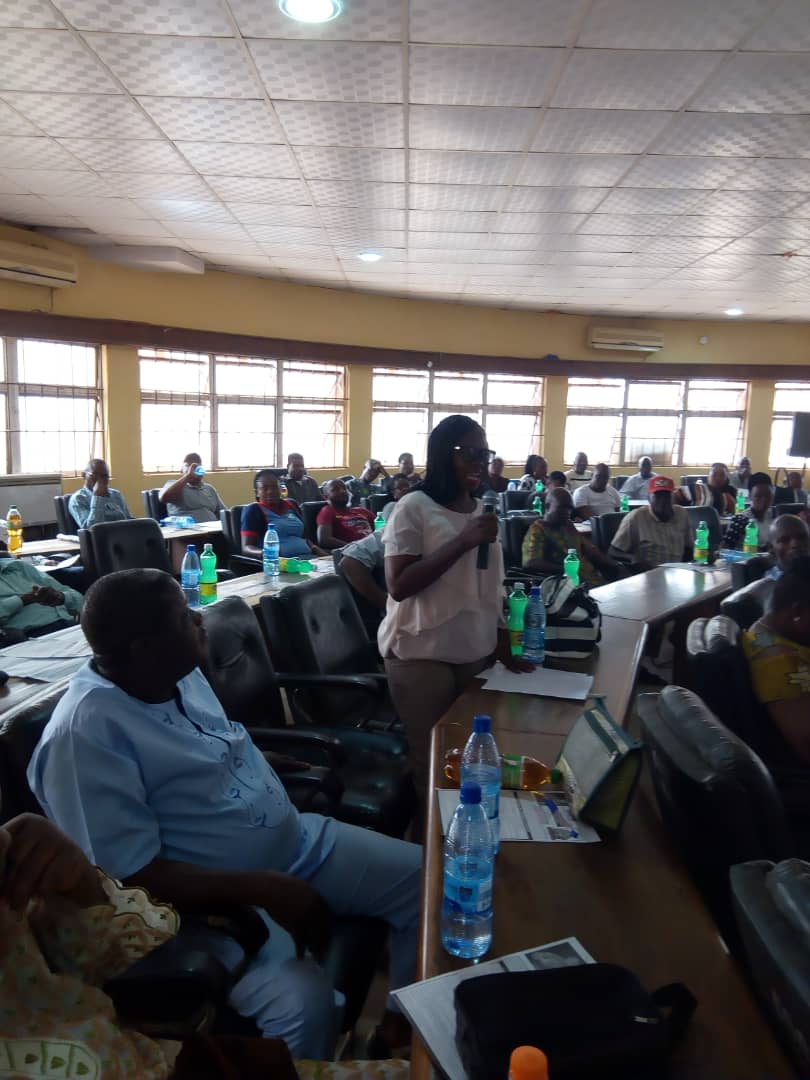 With almost 10 million workers organised in trade unions, if the leadership of the workers had been uncompromising and determined, they could have built the biggest working-class party in Africa / Image: CWA

After Comrade Andrew came Comrade Rasheedat, a member of the Campaign for a Workers’ Alternative and national assistant secretary of the Joint Action Front (JAF). She took us through all the previous struggles for a minimum wage. She explained how successive governments have manoeuvred against the working class and how, in many instances, the current and recent leadership of the working class has been incapable of showing enough militancy in their struggle to fight against the unbearable living conditions faced by the workers.

She contrasted the present leadership with that under Imoudu and Goodluck of the early period. She cited a series of statistics that debunked the dubious claims of the government and bosses, i.e. that increasing workers’ wages always leads to increased inflation. She revealed that, rather than wages raising the level of inflation, wages increase in tandem with the rising cost of living. According to her, in many instances, whatever the government and employers give in wages with the right hand, they take back with the left, and cited a series of increases in petrol prices and the proposed increase in VAT as examples.

She concluded by asking a question: why must the workers keep begging and agitating for wages and better conditions from the government, when they themselves have the ability to govern the country, and could do a better job of it than the ruling elite? If they can be in the driver’s seat, why must they be happy with being at the level of beggars? She emphasised the need for the working class to build its own mass party, resting on the trade unions, and with a socialist programme. With almost 10 million workers organised in trade unions, she convincingly put across to the audience the idea that if the leadership of the workers had been uncompromising and determined, Nigerian workers would by now have built the biggest working-class party in Africa. She reiterated the fact that Nigeria, with a total population of close to 200 million and around 300 different ethnic groups, the required political apparatus of the working class that can effectively challenge the ruling class cannot be a tiny political party, and that only a political party resting on the mass trade unions would be of any use to us.

Comrade Abbey Trotsky, the Acting National Chairman of the Socialist Party of Nigeria (SPN) and the Gubernatorial Candidate of the Party in Oyo State, took the stage immediately after Comrade Rasheedat. He put forward the position that the building of the SPN does not in any way contradict the campaign for a mass, working-class political party resting on the trade unions. He further explained that the SPN was created to put pressure on the uncooperative labour leadership to speed up the process of building a mass political party. The essence of the SPN, he claimed, is to set a bold example where tradition has been glaringly lacking. He derided the labour leadership and he later concluded that, contrary to common, erroneous beliefs that the problem in Nigeria is leadership, the real issue is the system of capitalism in a backward country like Nigeria. Without a determined struggle to end this system, the terrible conditions for the workers and the poor will continue. 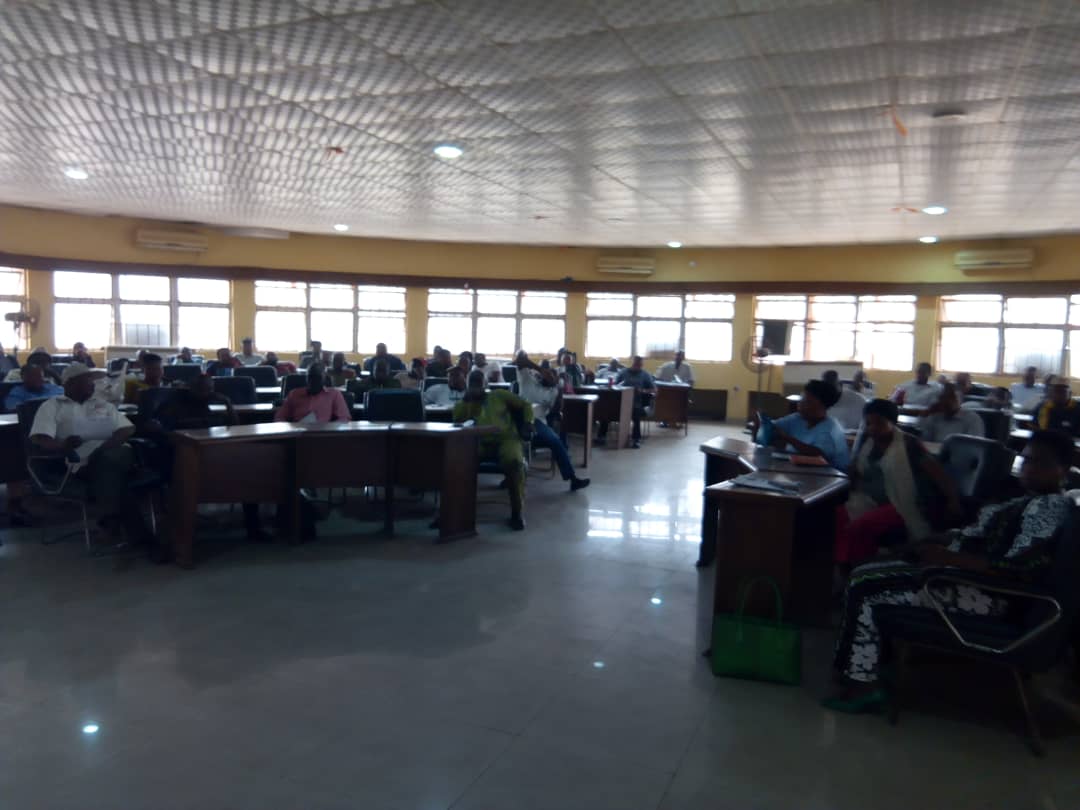 Over 100 workers and Marxist supporters gathered for the symposium organised by the Campaign for a Workers’ Alternative (CWA) / Image: CWA

We then opened the floor to comments. Six workers eventually spoke and their grievances were much the same. From one speaker to the next, complaints were raised over how degenerate the leadership of labour has become, especially the Central Labour Union. One worker even asked a question about the procedure to commence the removal of the leadership as it is currently constituted.

Comrade Aremson spoke next. He is the National General Secretary of the Joint Action Front (JAF) and the National Coordinator of the Amica Cabra Ideological School-Movement (ACIS-m). He cautioned the workers for what he defined as their “negative and non-constructive criticism” of their leadership, and said that, if the whole organisation is eventually destroyed, the little power that workers possess would disappear along with it. However, from the perspective of the CWA, it is not a case of destroying the trade unions, but recognising and respecting the aspirations of the workers for fighting leadership. Aremson also dedicated some time in his talk to chastising the present ruling elite in Nigeria for their greed and the nepotism.

It was Comrade Laoye Sanda, a veteran socialist, who took the stage immediately after Comrade Aremson. He summed up the discussion and passionately thanked the organisers from the CWA. He made an appeal that many more such meetings should be organised on a regular basis. He also emphasised the importance of political education for the workers.

In total, 26 copies of the CWA’s paper were sold, and a number of workers put down their names to join the organisation. We closed the programme with agitational songs. The mood was very militant and full of revolutionary enthusiasm. We all left with greater optimism that the Nigerian Socialist Revolution is being prepared.