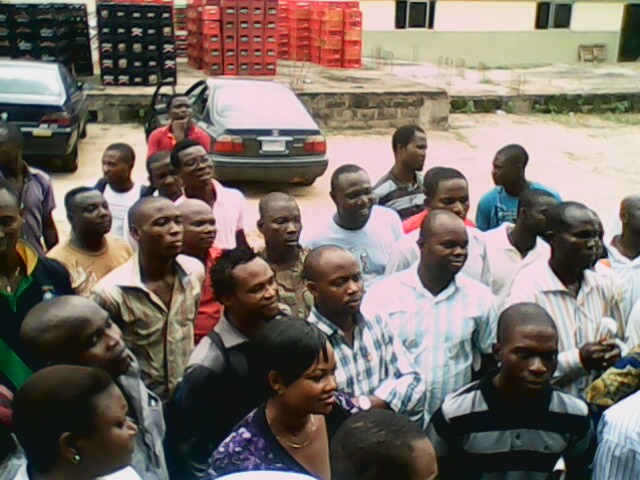 We call on all our readers to support the Public Campaign in defence of over 200 workers of Dangote Pasta at Ikorodu, Lagos (Nigeria) sacked for refusing to resign their membership of the in-house workers’ union since August 2010. We underline the fact that the main trade union organisers were severely beaten in the process and the families of these workers are suffering terribly as a consequence of these actions on the part of management.

This is to raise a public campaign about the plight of over 200 workers at the Dangote Pasta plant in Ikorodu, Lagos, Nigeria, who were sacked for belonging to the in-house workers’ union in August 2010 (that is, nine months ago!).

It all started on August 11th 2010 when the National Union of Food Beverage and Tobacco Employees (NUBFTE), which Dangote Pasta workers belong to, inaugurated the company’s chapter of the Union after several years of struggle. The management of the company also signed an agreement with the union and nobody raised an eyebrow. 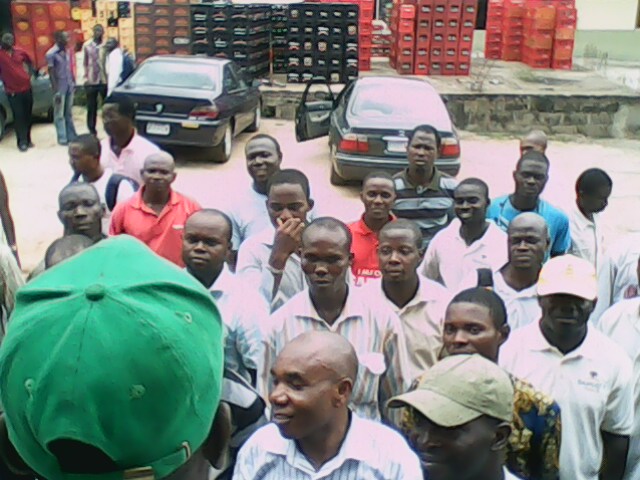 Dangote workers' picket However, on 30th of August 2010, after the inauguration of the union, the union executives were locked out from entering the factory, as they were resuming for work very early morning of this fateful day. The branch chairman of the union, Comrade Samuel Obuseh was pounced on by hired thugs armed with dangerous weapons. They were armed with knives, cutlasses and were obviously prepared to kill. The chairman and other principal officers of the union were tied down hands and foot with ropes and were mercilessly beaten. When the branch chairman revealed the permanent scars this early morning beating left on his shoulder, all the comrades listening to his ordeal felt terribly sorry for him. The branch General Secretary of the union Comrade Gospel Godson, who unfortunately was visibly ill but only came to the company to attend to his health, was not spared; he was bruised, tied and locked in a trailer container without a single window and ray of light. He had his clothes torn, his shoes removed and suffered wounds all over his body. They were held captive and kept in these conditions for hours before they were finally released in the evening and were able to get home with the help of other workers.

After two weeks outside, with the intervention of the National Union of Food Beverage and Tobacco Employee (NUBFTE) national executive, they were allowed back into the factory to continue their work.

Two days after their resumption, the management started circulating a letter asking the workers to sign whether they wanted the union in the factory or not. Whereas some signed off from the union out of intimidation and harassment, those that refused to leave the union were callously asked to come to pick up their termination letters, which courageously they have since refused to go for and hence have remained locked out from the factory since then. 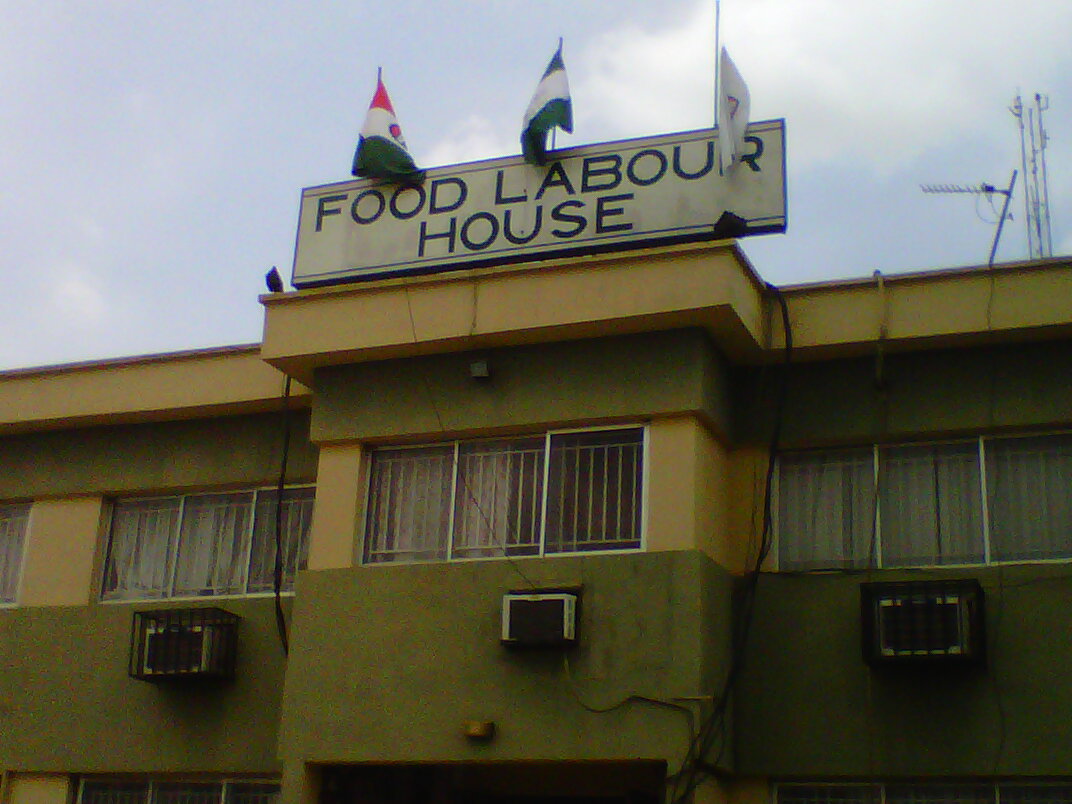 Food Labour House On Thursday 19th May, 2011, the sacked workers mobilized themselves to the National Secretariat of (NUBTE), crying out once again to the National Secretariat for neglecting them and asking them to come to their aid. Some other units of the NUBTE union were also there in solidarity as well as members of WYDC who came to solidarise with the victimised workers. Many of the affected workers lamented their condition for the past nine months. Their children have been at home since then because of lack of money to pay their school fees, one lost his mother to a stroke because he could not afford to pay the medical bills, and many are just sleeping around because they have been evicted from their houses by their landlords. This is just to mention just some of what these workers have been going through for the past nine months.

You can support this campaign by sending this model letter to Dangote management.

For the attention of management at Dangote group companies

We have been informed of the brutal treatment of the workers at Dangote Pasta in Lagos simply because they dared to form a trade union to defend their rights. It is disgraceful that after formally recognising the union, management then proceeded to use hired goons to beat the workers and intimidate them. The company then proceeded to fire those workers who refused to leave the union. This has caused uncalled for suffering on the part of the workers concerned.

The actions of the company management are totally unacceptable. Nigeria is supposed to be a democracy that recognises workers’ basic rights to organise and to strike in defence of their legitimate claims.

We demand that the company immediately reinstate all the fired workers and sticks to the initial agreement where they recognised the union.

We are raising this question in trade unions and with workers in our country and will continue to do so until the victimised workers at Dangote Pasta are all reinstated with full rights.

TRADE UNION POSITION (if any)

Please send copies to the addresses below. The first two are the addresses of the NLC in Abuja, the capital, (e-mail: gsec@nlcng.org) and Lagos, followed by the address of NUFBTE (National Union of Food, Beverage and Tobacco Employees).

Below that you will find the addresses of the companies that belong to the Dangote group, in particular to Erere Vera-Cruz at Dangote Pasta (email: erere.vera-cruz@dangote-group.com) where the present dispute is concentrated.

Please also send a separate copy (or BCC) to editor@marxist.com so that we can keep informed the workers concerned.