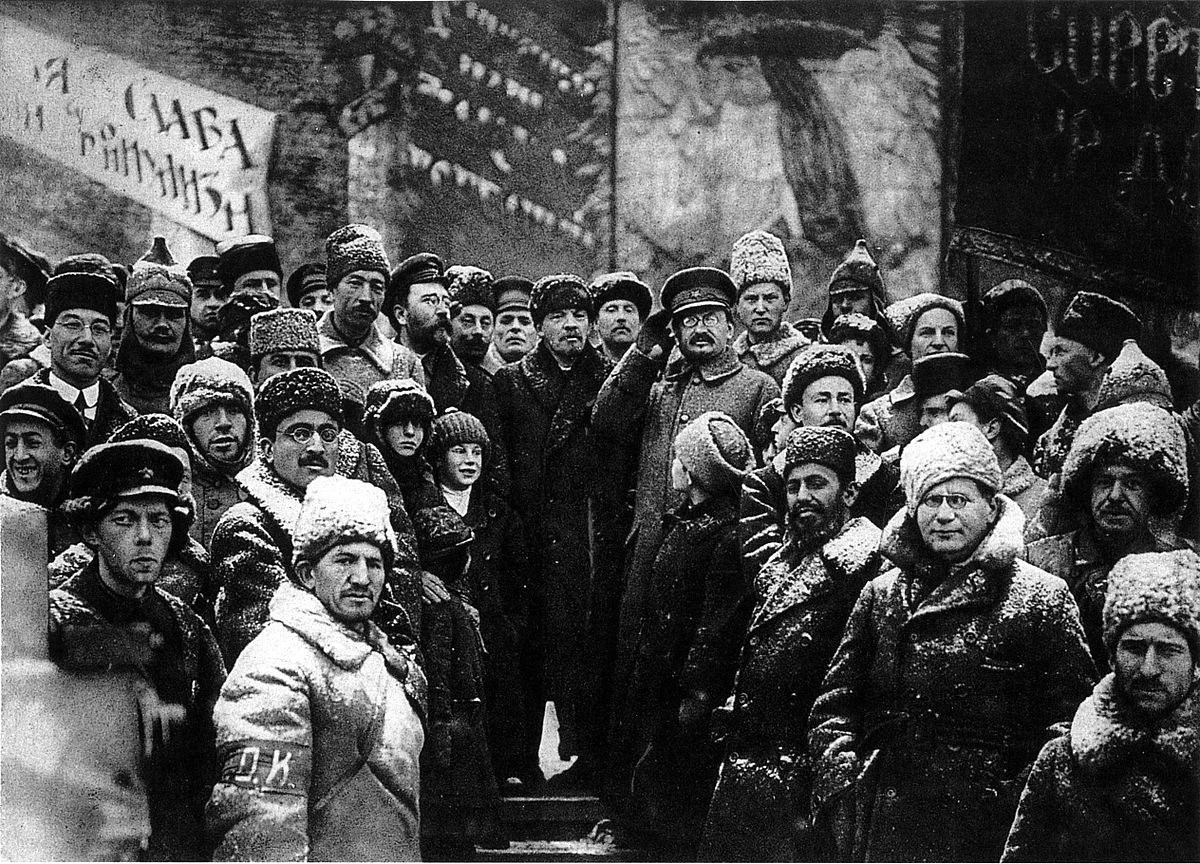 The question of chief interest, now, to the governments and the peoples of the world is, What will be the influence of the Russian Revolution on the War? Will it bring peace nearer? Or will the revolutionary enthusiasm of the people swing towards a more vigorous prosecution of the war?

This is a great question. On its solution depends not only the outcome of the war, but the fate of the Revolution itself.

In 1905, Milukov, the present militant Minister of Foreign Affairs, called the Russo-Japanese war an adventure and demanded its immediate cessation. This was also the spirit of the liberal and radical press. The strongest industrial organizations favored immediate peace in spite of unequaled disasters. Why was it so? Because they expected internal reforms. The establishment of a Constitutional system, a parliamentary control over the budget and the state finances, a better school system and, especially, an increase in the land possessions of the peasants, would, they hoped, increase the prosperity of the population and create a vast internal market for Russian industry. It is true that even then, twelve years ago, the Russian bourgeoisie was ready to usurp land belonging to others. It hoped, however, that abolition of feudal relations in the village would create a more powerful market than the annexation of Manchuria or Korea.

The democratization of the country and liberation of the peasants, however, turned out to be a slow process. Neither the Tzar, nor the nobility, nor the bureaucracy were willing to yield any of their prerogatives. Liberal exhortations were not enough to make them give up the machinery of the state and their land possessions. A revolutionary onslaught of the masses was required. This the bourgeoisie did not want. The agrarian revolts of the peasants, the ever growing struggle of the proletariat and the spread of insurrections in the army caused the liberal bourgeoisie to fall back into the camp of the Tzarist bureaucracy and reactionary nobility. Their alliance was sealed by the coup d’ état of June 3rd, 1907. Out of this coup d’ état emerged the Third and the Fourth Dumas.

The peasants received no land. The administrative system changed only in name, not m substance. The development of an internal market consisting of prosperous farmers, after the American fashion, did not take place. The capitalist classes, reconciled with the régime of June 3rd, turned their attention to the usurpation of foreign markets. A new era of Russian imperialism ensues, an imperialism accompanied by a disorderly financial and military system and by insatiable appetites. Gutchkov, the present War Minister, was formerly a member of the Committee on National Defense, helping to make the army and the navy complete. Milukov, the present Minister of Foreign Affairs, worked out a program of world conquests which he advocated on his trips to Europe. Russian imperialism and his Octobrist and Cadet representatives bear a great part of the responsibility for the present war.

By the grace of the Revolution which they had not wanted and which they had fought, Gutchkov and Milukov are now in power. For the continuation of the war, for victory? Of course! They are the same persons who had dragged the country into the war for the sake of the interests of capital. All their opposition to Tzarism had its source in their unsatisfied imperialistic appetites. So long as the clique of Nicholas II was in power, the interests of the dynasty and of the reactionary nobility were prevailing in Russian foreign affairs. This is why Berlin and Vienna had hoped to conclude a separate peace with Russia. Now, purely imperialistic interests have superseded the Tzarism interests; pure imperialism is written on the banner of the Provisional Government. “The government of the Tzar is gone,” the Milukovs and Gutchkovs say to the people, “now you must shed your blood for the common interests of the entire nation.” Those interests the imperialists understand as the reincorporation of Poland, the conquest of Galicia, Constantinople, Armenia, Persia.

This transition from an imperialism of the dynasty and the nobility to an imperialism of a purely bourgeois character, can never reconcile the Russian proletariat to the war. An international struggle against the world slaughter and imperialism are now our task more than ever. The last despatches which tell of an anti-militaristic propaganda in the streets of Petrograd show that our comrades are bravely doing their duty. The imperialistic boasts of Miliukov to crush Germany, Austria and Turkey are the most effective and most timely aid for the Hohenzollerns and Hapsburgs ... Milukov will now serve as a scare-crow in their hands. The liberal imperialistic government of Russia has not yet started reform in its own army, yet it is already helping the Hohenzollerns to raise the patriotic spirit and to mend the shattered “national unity" of the German people. Should the German proletariat be given a right to think that all the Russian people and the main force of the Russian Revolution, the proletariat, are behind the bourgeois government of Russia, it would be a terrific blow to the men of our trend of mind, the revolutionary Socialists of Germany. To turn the Russian proletariat into patriotic cannon food in the service of the Russian liberal bourgeoisie would mean to throw the German working masses into the camp of the chauvinists and for a long time to holt the progress of a revolution in Germany. The prime duty of the revolutionary proletariat in Russia is to show that there is no power behind the evil imperialistic will of the liberal bourgeoisie. The Russian Revolution has to show the entire world its real face.

The further progress of the revolutionary struggle in Russia and the creation of a Revolutionary Labor Government supported by the people will be a mortal blow to the Hohenzollerns because it will give a powerful stimulus to the revolutionary movement of the German proletariat and of the labor masses of all the other countries. If the first Russian Revolution of 1905 brought about revolutions in Asia – in Persia, Turkey, China – the Second Russian Revolution will be the beginning of a powerful social-revolutionary struggle in Europe. Only this struggle will bring real peace to the blood-drenched world.

No, the Russian proletariat will not allow itself to be harnessed to the chariot of Miliukov imperialism. The banner of Russian Social-Democracy is now, more than ever before, glowing with bright slogans of inflexible Internationalism:

Away with imperialistic robbers!
Long live a Revolutionary Labor Government!
Long live Peace and the Brotherhood of Nations!