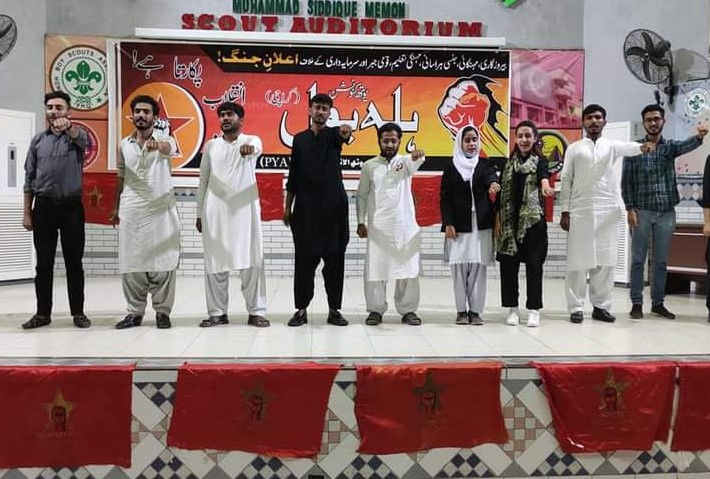 On 11 November 2022, the Halla Bol (“Raise Hell”) youth convention was organised by Progressive Youth Alliance Karachi at the Sindh Scouts Club. Hundreds of students, workers and political activists participated in the convention, which represented a declaration of war against unemployment, inflation, sexual harassment, expensive education, national oppression and capitalism.

To fight this war, it is necessary to equip students, youth and workers with the revolutionary ideas of socialism.

This convention was held under very difficult conditions. During the campaign to build for it, a baseless legal case was filed against full-time activists of the Progressive Youth Alliance in Karachi. 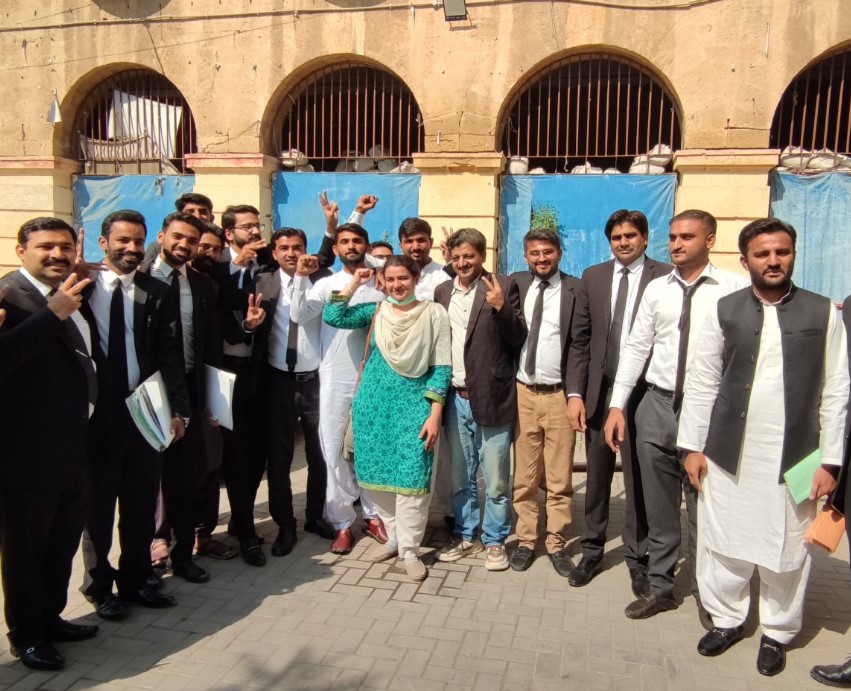 A baseless legal case was filed against PYA activists in Karachi, with bail granted just an hour before the event was due to start / Image: PYA

The case was filed in connection with the nationwide ‘Day of Action’ protest rally held in Karachi on 2 November. On this day, demonstrations and rallies were organised in more than 15 cities across Pakistan. This national Day of Action was held to demand waiving the fees of flood-affected students, in addition to demanding the provision of free hostels, meals, transport and internet. The lawsuit alleges that the protest raised slogans intended to incite rebellion.

Because of this lawsuit, the organisers of the convention had to simultaneously make rounds at the courts! Our comrades were even obliged to make an appearance in court on the day of the convention, in which bail was granted just an hour before the event was due to start.

Despite all these difficulties, by organising this magnificent convention, once again the comrades of PYA Karachi proved the power of their resolve, inspired by the revolutionary ideas of Marxism.

It should be remembered that the Young Lawyers’ Association is not only active in addressing the enormous problems faced by young lawyers, but also believes in the struggle for the economic and political rights of young people across the whole of society.

Among the founders of this organisation are the young people who were active in the Progressive Youth Alliance during their student days, which explains the wonderful practical alliance between the two organisations.

Javed Chana, representative of Young Lawyers’ Association, while addressing the convention, said that their struggle is a continuation of the struggle of Progressive Youth Alliance:

“You should not consider us separate from yourselves. We will always be by your side in the struggle for the democratic rights of the oppressed and downtrodden classes of Pakistan.” 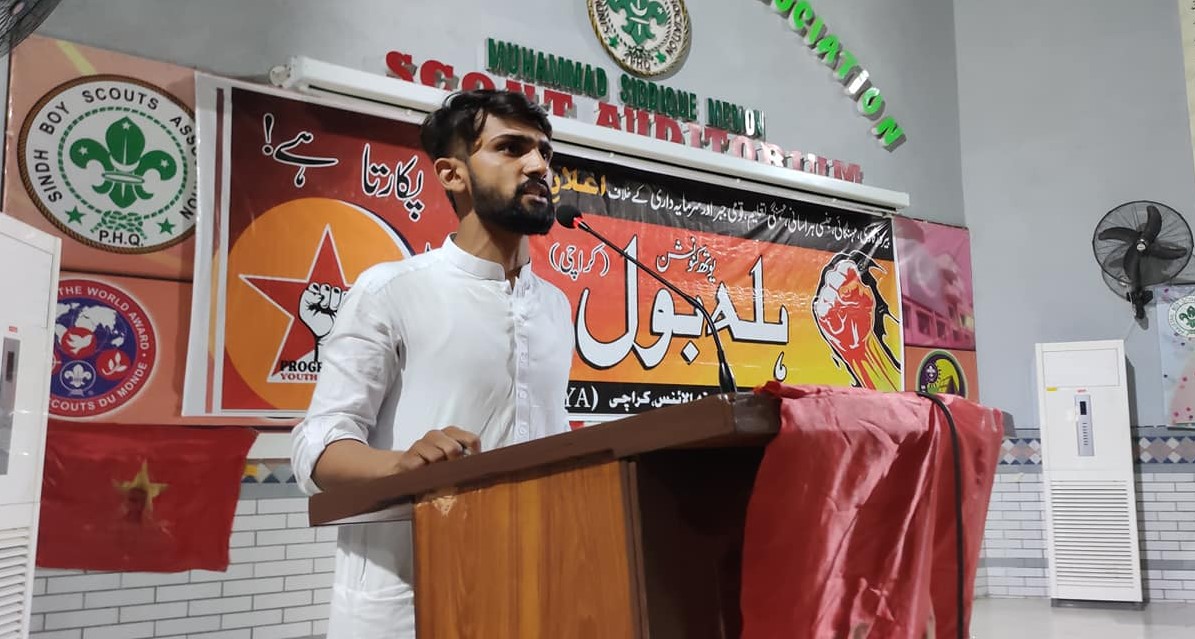 All the speakers said that the entire burden of the country's crisis has been put on the working class / Image: PYA

All the speakers said that the country is in the grip of the most severe economic crisis, but the entire burden of this crisis has been put on the working class and their children, while the luxury of the rulers has increased.

The daily rise of tuition fees is making it impossible for children of workers to get education. Unemployment is increasing day by day, which is causing suicides to skyrocket amongst them.

For the poor, medical treatment has become a luxury. Even getting two daily meals is becoming a luxury for the majority of the working people today. If there were once thousands of deaths every day due to curable diseases, now there are millions.

Children of the working class also face many other problems, including increased cases of sexual harassment on campuses, problems with transport, non-availability of accommodation and so on. Natural calamities also hit the working class hardest, as we have seen with the impact of recent devastating floods.

Getting rid of all these problems and this winning a decent existence for workers and the poor is possible only with the abolition of the capitalist system, which can only be achieved through a socialist revolution.

After the speeches, the newly elected cabinet of the PYA Karachi was sworn in / Image: PYA

After the swearing-in ceremony, Fazeel Asghar, the central organiser of the Progressive Youth Alliance, said that the only crime of the PYA Karachi comrades, against whom the phoney legal case was registered, was that they challenged the political monopoly of all the parties, civil, military and judicial bureaucracy arrayed against anti-working class.

The last speaker of the convention was Sajid Khan, the newly elected President of the Cabinet of Progressive Youth Alliance Karachi, who said in his address:

"I invite all of you comrades to be a part of the struggle for a socialist revolution, as a permanent solution to your problems and freedom from a life full of humiliation."

The Progressive Youth Alliance is organising students and youth for a socialist revolution and connecting them with the working-class movement. The PYA has also held city conventions in D.G.Khan, Kashmore, Quetta and other cities in the last two weeks, and many others are planned before the central convention in Multan on 8 December.

The forces of Marxism amongst the youth of Pakistan are going from strength to strength!