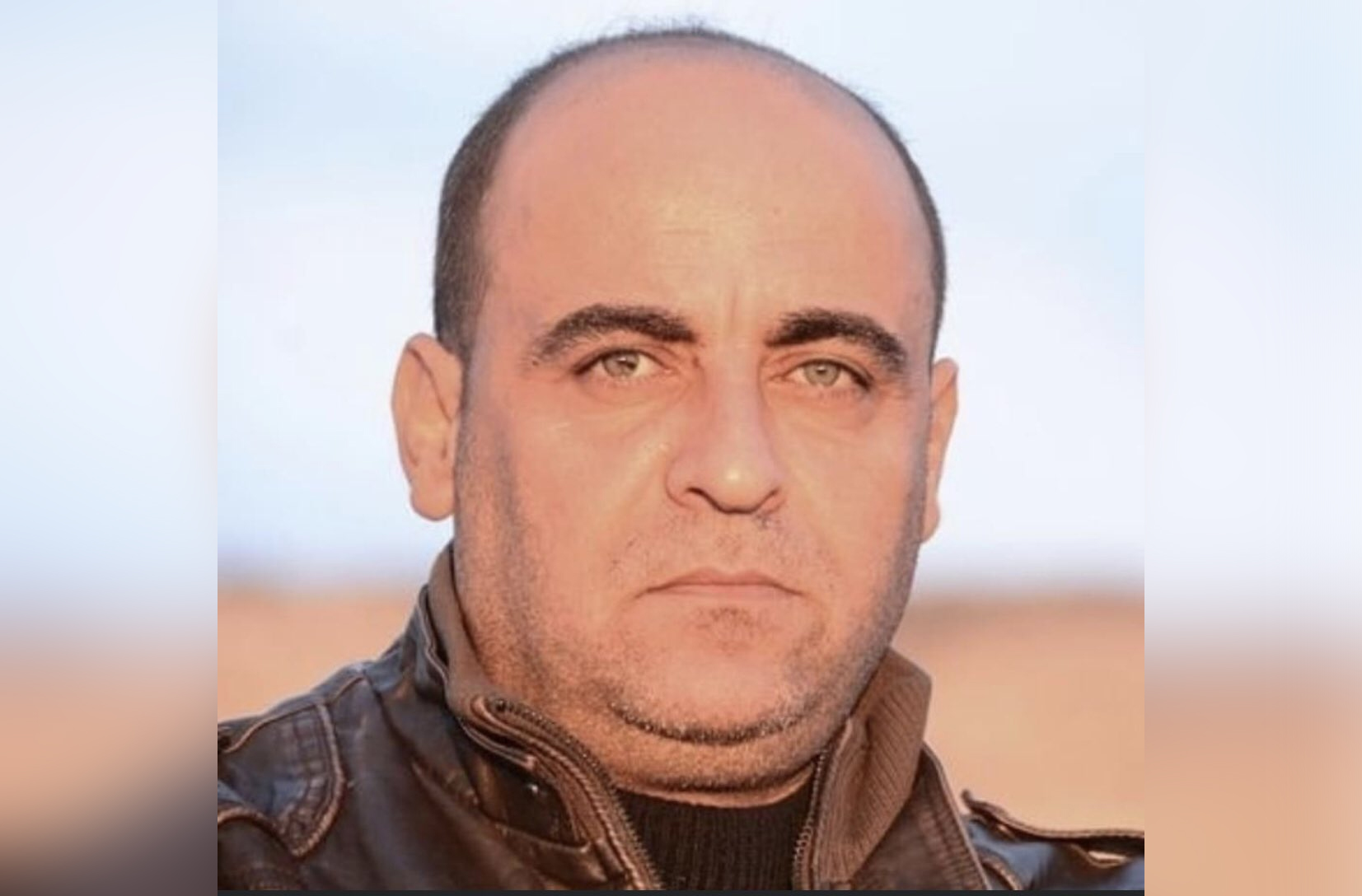 The surge of the movement of Palestinian youth and workers against Israeli occupation, which culminated in the unified Palestinian general strike of 18 May, is continuing. It is now expressing itself in a growing mood of criticism and anger in the West Bank against the corruption of the Palestinian Authority (PA), which governs parts of the Israeli-occupied West Bank. The PA’s security forces have been brutally clamping down on any manifestation of internal opposition to discredited President Mahmoud Abbas, and the ruling Fatah party. The arrests and beatings of activists and the PA’s active collaboration with the Israeli state in suppressing the ongoing protests have undermined whatever residual authority and legitimacy the present regime had in the eyes of the Palestinian masses.

In the last few days, an outburst of anger has rippled through the West Bank following the brutal murder of the activist and outspoken critic of Abbas and the PA, Nizar Banat, at the hands of the PA itself. Nizar Banat was known for his criticisms of the PA’s corruption and its collaboration with Israel.

Nizar Banat was a prominent figure among the public in Palestine and had recently been posting videos on Facebook fiercely criticising PA President Mahmoud Abbas and other senior PA and Fatah officials. In his latest video, he denounced the scandalous (now cancelled) deal reached between the PA and Israel for the supply of a million doses of COVID-19 vaccine that the Israeli authorities could not use because they were too close to their expiration date. Nizar had actually attempted to run in the elections to the Palestinian Parliament, which were supposed to have been held last month, but which were postponed indefinitely by Abbas.

In the early hours of Thursday morning, at 3.30 am, the home of Nizar Banat’s uncle in Dura, where Nizar was taking shelter after receiving threats, was stormed by twenty PA police officers. According to Nizar’s cousin, the PA police “hit him on his head with iron bars, which they had used to open the windows.” After beating him continuously in front of his family for eight minutes, he was dragged into a police vehicle and taken into the custody of the PA. His death was announced just a few hours later at 8 am.

This brutal act of injustice cannot be regarded as anything other than a deliberate, politically motivated assassination. The only thing that Nizar was guilty of was standing up against the injustices that he and other Palestinians face on a daily basis at the hands of the Israeli state and its PA henchmen. Nizar exposed the rottenness of the PA, and for this he had become a thorn in its side. The PA regularly hands over Palestinian activists to the Israeli state for torture and incarceration, but it is not often that the PA itself so openly reveals its true colours by outright murdering its own critics.

The following day, thousands of people showed up for Nizar’s funeral in Hebron to express their anger. This anger was directed squarely at the PA, Fatah, and Mahmoud Abbas. In Ramallah, the de facto capital of the West Bank, thousands of protesters descended on Abbas’s presidential compound and the PA headquarter. The protesters not only denounced the killing of Nizar Banat but chanted, “Abbas, you are not one of us, take your dogs and leave”. The PA responded to the protests with teargas and suppression by the Palestinian Security Forces.

In Jerusalem too, protesters gathered by the Al-Aqsa Mosque to express their solidarity with Nizar. All across Palestine, mass protests have erupted and chants could be heard denouncing the PA, demanding Abbas’ resignation, and clearly expressing that “The people want the overthrow of the regime”. This same revolutionary mood is expressed online, with comment sections on Twitter full of statements such as “it’s time to topple them”.

Palestinians chanting “your blood won’t be in vain,” during Nizar Banat’s funeral in occupied Hebron.

Calls for the PA to conduct “a thorough investigation” on itself are futile. There is no enigma in how or why Nizar was assassinated. Abbas must resign. pic.twitter.com/4A9kPvCcMF

The PA – an accomplice of Israeli occupation

Established after the Oslo and Madrid Accords as part of a “two-state solution” of the Israel-Palestine conflict, the PA never developed further than a semi-state completely dependent on the Israeli occupation. Israel holds control over everything, from energy to water supply, to the mobile phone network, even fiscal revenue. It allows the PA’s existence in exchange for its collaboration in policing its own people within the West Bank. The PA long ago lost any of the legitimacy or support that it previously enjoyed in the eyes of Palestinians. Support for Mahmoud Abbas and his Fatah party has plummeted. This was clearly reflected in recent opinion polls. With Fatah staring defeat in the face, Abbas indefinitely postponed the parliamentary elections scheduled to take place last month. These would have been the first scheduled elections in 15 years!

Far from being an institution that represents the interests of the Palestinian people, the PA that governs in the Israeli-occupied West Bank, has proven itself to be an extension of Israeli oppression. The PA acts as a middleman, or prison guard, policing and suppressing the Palestinian people on behalf of the Israeli state. As we often see in the relations between imperialist nations and oppressed nations, Israel rules through a local elite, with the PA merely administering their rule for them.

The leaders of the PA and Fatah have thus enriched themselves over the course of decades by betraying the aspirations of the Palestinian population for liberation. PA has loyally supported the Israeli state, even as it has forcefully expelled and displaced Palestinian residents to make way for settlements. The PA is an artificial entity, which would have no real basis for its existence were it not for Israeli imperialism, the true rulers of the occupied West Bank.

This is Palestinian police and Fatah loyalists charging at Palestinian protestors in #Ramallah for demanding accountability for the assassination of Nizar Banat. A horrifying scene. They injured journalists, and civilians. The PA sent thugs and protected them.
This is terrifying pic.twitter.com/MgzFyDmzYs

The PA is an obstacle to the Palestinian liberation movement. Last month the PA authorities stood passively and watched on the sideline as Palestinian youth across all of historic Palestine rose up in a militant mass struggle against occupation and oppression. This movement brought new fighting methods to the fore: methods of class struggle and the general strike. These methods achieved more in a few days than the traditional Palestinian leaders – Fatah and Hamas – have achieved in decades. These class struggle methods proved their power and usefulness in practice, striking fear into the Israeli ruling class. They would no doubt prove just as effective if used against the regime of Mahmoud Abbas.

Decades of deadlock, betrayal, and oppression at the hands of Fatah have shown the burning need for new leadership of the Palestinian struggle, with a new programme and course of action. Last month, the mass struggle was led and organised by committees, networks and organisations, which were outside of the official Palestinian leadership. Through their own experience, a new generation of Palestinian youth has concluded that the old leaders cannot provide any solution to the burning issues faced by Palestinians on either side of the borders. The struggle in the West Bank today against Abbas’ regime and police violence is part of the general struggle of the Palestinian people against oppression and Israeli occupation. The unified movement of the Palestinians throughout historical Palestine and internationally must be mobilised not just against the manifestations of a rotten and oppressive regime, but against its root cause: capitalism and imperialism.

Abbas must go! For an immediate end of the suppression of Palestinian dissent. Down with the Israeli occupation and its PA puppets! For a Socialist Federation of the Middle East!