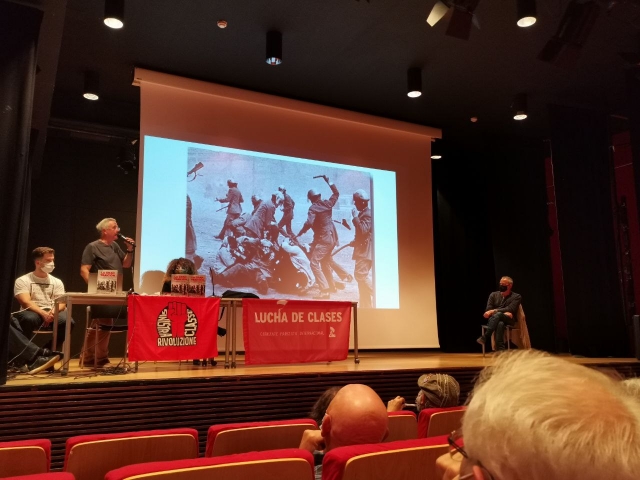 A series of presentations began on 19 October for the Spanish edition of The Great Betrayal, Alan Woods’ book about the great revolutionary struggle to overthrow the Franco dictatorship, which was tragically undermined by the leaders of the working class in the Spanish State.

The series of talks began, appropriately, in Vitoria-Gasteiz: a city that will never forget the victims of the so-called democratic transition. The event was attended by about 50 people, and 60 copies of the book have been sold so far in Vitoria-Gasteiz.

The presentation was organised together with the Association of the Victims of 3 March (Martxoak 3 Elkartea), named for the massacre committed by the police on that day, during a general strike. An assembly in Vittoria, held in a parish church, was attacked with teargas to drive out the revolutionary workers and housewives, who were then fired upon with live ammunition. Five were killed and more than 100 injured. The entire discussion was imbued by the spirit of that day, and the atrocity committed against what the bosses at that time called a “small local soviet.” 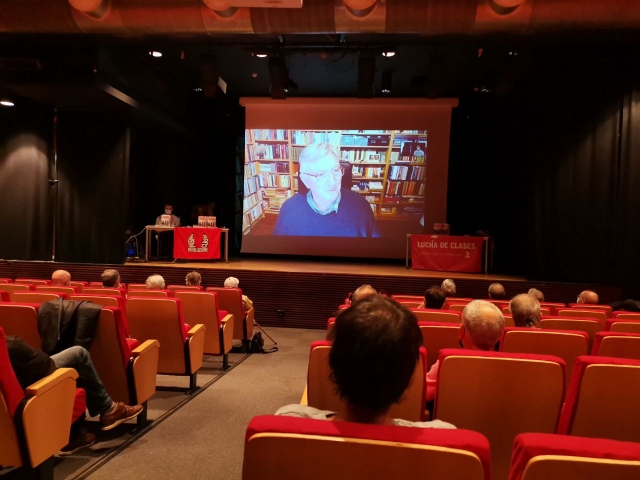 A series of presentations began on 19 October for The Great Betrayal, Alan Woods’ book about the great revolutionary struggle to overthrow the Franco dictatorship / Image: Lucha de clases

The event was introduced in Basque by Daniela Castro, who welcomed the attendees and the author of the book, in attendance via video link from London. When he took the floor, he recalled his stay in Vitoria-Gasteiz just a few days before the brutal repression of the workers. He participated in the revolutionary assemblies, and was inspired by their great size, the respectful atmosphere in which they were conducted, and the radical spirit of the working class on display.

He recalled with emotion the words of a housewife: “If I only have bread to give to my children, I will tell them: ‘eat your bread’, because we have to win this fight.” Her spirit is what gave the book its name, referring to all the anonymous people who caused tens of millions of working hours to be lost in strikes, only to be betrayed by the leaders of the labour movement.

These leaders - Carrillo, Felipe González, Suárez, Roca, Ajuriaguerra, Tierno, who are now considered great, wise men by the bourgeois authors of ‘official’ history - kept the Franco regime practically intact. They also accepted an amnesty law that bestowed equal ‘forgiveness’ on the imprisoned peaceful protesters, and also those who committed genocide, murder and torture against them. 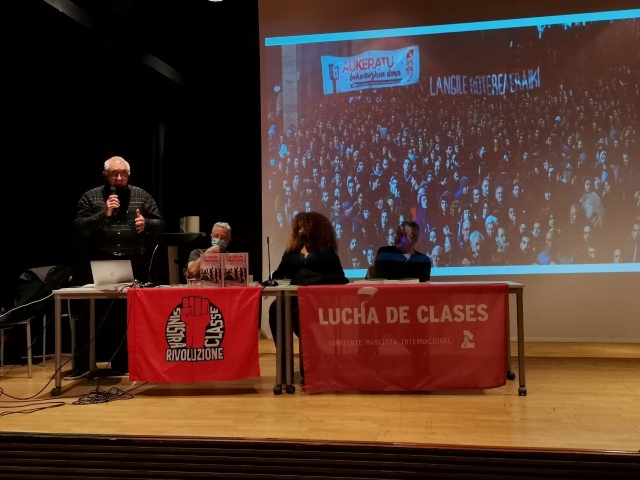 With a leadership that is up to the task, it would be possible to break the grip of the 1978 regime, and of the capitalist system that puts human civilization itself at risk / Image: Lucha de clases

Two members of the Association, Santiago Díaz de Espada and Andoni Txasko, took the floor and discussed their ongoing struggle for justice, explaining the difficult legal situation facing those who wish to defend the memory of the victims of the so-called transition. They noted the indictment of Franco's minister Martín Villa, who was directly responsible for the murders in Vitoria, by an Argentine court in 2021. But they also emphasised that it is still impossible to judge Francoist crimes in the Spanish state, because they are considered non prosecutable under the Amnesty Law.

Pepe Blanes closed out the event by emphasising the revolutionary potential of the working class, as shown during the struggle for independence in Catalonia and the recent victory of the Tubacex factory workers in Vitoria-Gasteiz.

With a leadership that is up to the task, it would be possible to break the grip of the 1978 regime, and of the capitalist system that puts human civilization itself at risk.