A bitter struggle has broken out at the Merck Marker in Quetta, Pakistan. Workers demanding decent wages and conditions have come up against brutal repression, arrests and beatings. We are appealing for solidarity from workers of all countries.

Merck Marker is a multinational company whose one factory in Pakistan has been operating in Quetta for the last 60 years. Until last week there were 170 permanent workers, while 300 workers were working on a contract basis and there were 30 junior officers. 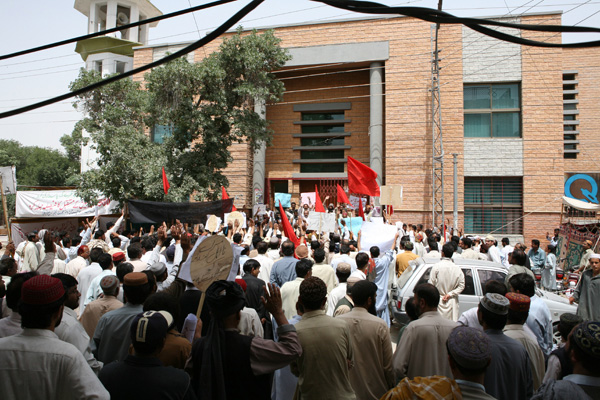 The German based Merck group likes to portray itself on its website as an innovative company: "Around 33,000 employees worldwide are pursuing the 'Sustain, Change, Grow' strategy to continue the Merck success story – and improve quality of life for people everywhere." But it seems that when they talk about improving the quality of life for people, they deliberately exclude their employees in Pakistan.

The workers thus formed a factory action committee and started protesting in front of the Press Club against the exploitation and oppression by the factory administration. The workers also stopped overtime in protest. After the protest the administration threatened to sack 300 contract workers without any benefits.

Representatives of the PTUDC met the provincial administration and chief minister of Balochistan to protest against these draconian measures, but the latter also attempted to force the workers to stop their protest. In the meeting the Labour Secretary and Commissioner of Quetta were also present. They said that for them factory was important, not the workers. The Chief Minister who is a PPP leader showed the worst anti-labour attitude. But the workers were firm in their resolve and told the administration that they will continue their protest.

On 10th July, 280 contract workers were sacked which is like snatching bread away from 280 families. The oppression of the workers didn’t stop here but it was the beginning. A complaint at Police Station was registered against eight union office bearers while the secretary general of the Merck Employees’ Union, Manzoor Baloch was arrested. He was charged with heinous crimes such as target killings, terrorism, disturbing law and order. 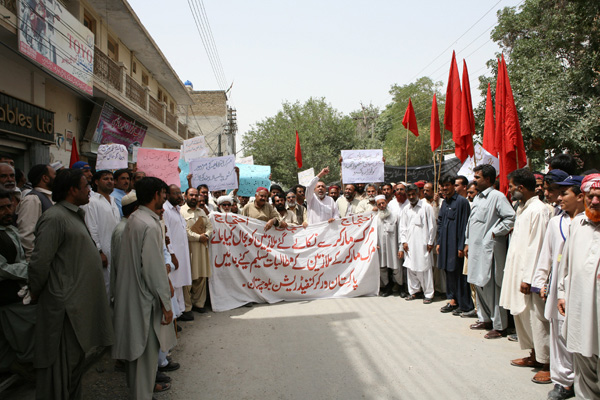 On 11th July, the PTUDC and Pakistan Workers’ Confederation held a joint protest in support of the sacked workers with the demands for the release of Manzoor Baloch, for the reinstatement of all workers and the withdrawal of all police cases.

On Sunday, 12th July, children of the sacked workers held a protest in front of the Press Club. Also a call was issued for a boycott and protest to all the trade unions and labour federations in Balochistan.

But on 13th July, the PPP-led Balochistan government attacked the workers and arrested 150 workers at the Merck Marker factory and many were severely beaten. The PTUDC and the Pakistan Workers’ Confederation held a joint protest in front of the Press Club and demanded the end to all these oppressive measures.

A big protest is being held tomorrow in Quetta with the following demands, in which a large number of trade union leaders and workers will participate.

Please send a letter of protest to the company also via their contact form.