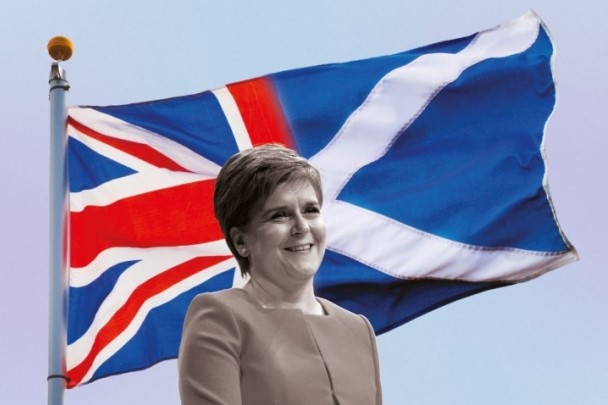 The UK’s highest court has blocked Scottish hopes for a second independence referendum. SNP leaders are now looking to the next general election. But only mass struggle by workers and youth can break the deadlock, one way or another.

In a unanimous verdict, given after only a relatively short deliberation, the judges upheld the status quo – in effect closing ranks with the Tories to block a second referendum, and thus denying Scottish people their democratic right to self-determination.

In fact, according to reporters from the Economist: “[The court] brushed aside a submission from the Scottish National Party (SNP) claiming a right to self-determination under international law. Such concepts apply to colonies and to victims of foreign military rule, not to Scots, the judges said.”

The British establishment clearly has no concern for such ‘rights’. All they care about is protecting the Union and their own power, profits, and prestige.

The Supreme Court’s verdict on Sturgeon’s IndyRef2 strategy was never much in doubt. The SNP leader herself spoke of the decision ‘confirming’ that the UK is not a “voluntary partnership” – as if a legal test was required to prove this. 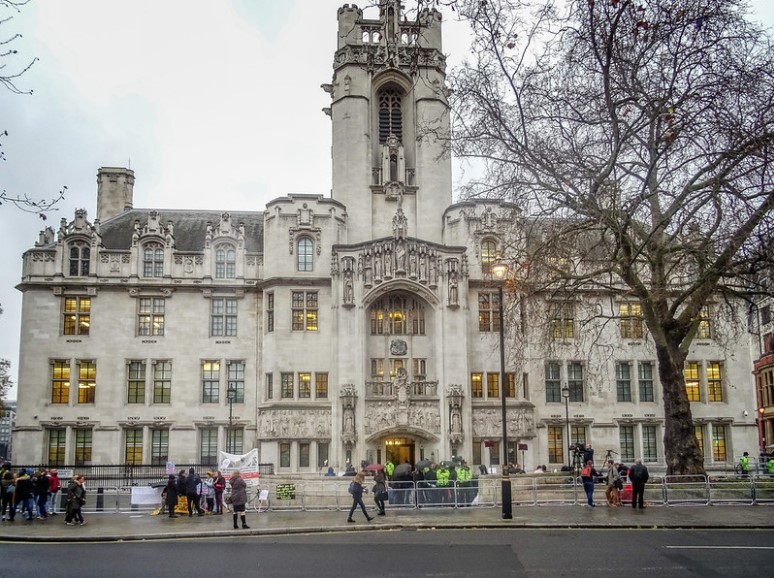 The Supreme Court’s verdict on Sturgeon’s IndyRef2 strategy was never much in doubt / Image: Garry Knight

The Scottish government knew all along that this was the most likely outcome. Legal advice given concerning Holyrood’s referendum powers was kept secret ahead of the Supreme Court hearing, for example, probably because it showed that their case was weak.

Amongst its responses to Sturgeon’s demands, the court noted that the SNP and Scottish government’s arguments around the ‘consultative’ nature of the proposed referendum were particularly flawed.

In response, Nicola Sturgeon announced that the only way forward now is a ‘de facto’ referendum at the next UK general election, at which she expects the SNP to win over 50% of the vote north of the border.

The Scottish premier argued that the court’s decision had ruled out the SNP’s preferred route to independence, leaving a general election vote as the only remaining democratic option.

In the wake of the Supreme Court decision, planned pro-independence rallies were held across Scotland. Nicola Sturgeon spoke directly to the independence movement by appearing at the Scottish Parliament demonstration.

The First Minister spoke of democracy being denied, and called on independence supporters to become “Scotland’s democracy movement”.

The SNP leaders obviously intended this moment to be a rallying cry. But it appears that there is still a low level of mobilisation in the independence movement, which rests on an older layer of veteran nationalists.

Sturgeon’s justifications for the de facto referendum seem to be addressed as much to her own side as to the Unionist opposition. Even from within the independence movement, there is scepticism towards this strategy.

Stephen Noon, former strategist for Yes Scotland in 2014, has been outspoken against the idea, as has former SNP advisor Alex Bell. Both argue that the plan is folly and will only lead to a demoralising defeat.

These words of doubt will have an echo among the cautious and conservative heads of the SNP, who have always stressed legal, constitutional means over political power struggles.

In the next general election, the SNP will likely have to overcome not only Tory opposition, but also a possible swing to Labour, as a section of Scottish voters spy an opportunity to kick the Tories out of power in Westminster. 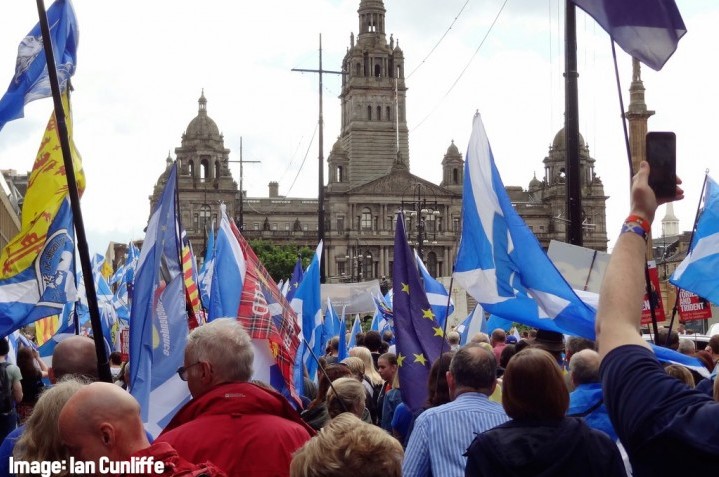 The SNP will likely have to contend with a section of Scottish voters opting for Labour in the next general election / Image: Ian Cunliffe

The party’s leaders are clearly worried about this, as shown by their political attacks against Labour at the October SNP conference.

Sturgeon stressed that if the SNP does not win over half the Scottish electorate in the de facto referendum, then she will accept it as a defeat for the independence cause. It is a highly risky manoeuvre that some sectors of Scottish nationalism may wish to avoid.

The SNP leaders are not just risking the prospect of defeat, however. They are also stuck with the problem of what to do if they win.

SNP policy chief Tony Guigliano gave insight into what the party’s upper stratum are really thinking, stating that the de facto referendum was a “tactic” for “bringing the UK government to the table” in regards to demands for an IndyRef2.

Such a ‘tactic’ is likely to go the same way as the doomed appeal to the Supreme Court, however. It will be an exercise in shadow-boxing, which does little to really advance the independence movement.

In effect, the SNP will be in the same position they are now, with yet another election mandate, still asking Westminster for the Section 30 order. And whether it be Starmer or Sunak in 10 Downing Street, still no referendum will be forthcoming.

Only the intervention of the masses, one way or another, can resolve this deadlock.

Echoing the Tories, the response from Scottish Labour and some trade union figures to the Supreme Court’s decision has been to accuse the SNP of being distracted by independence, instead of addressing the cost-of-living crisis. 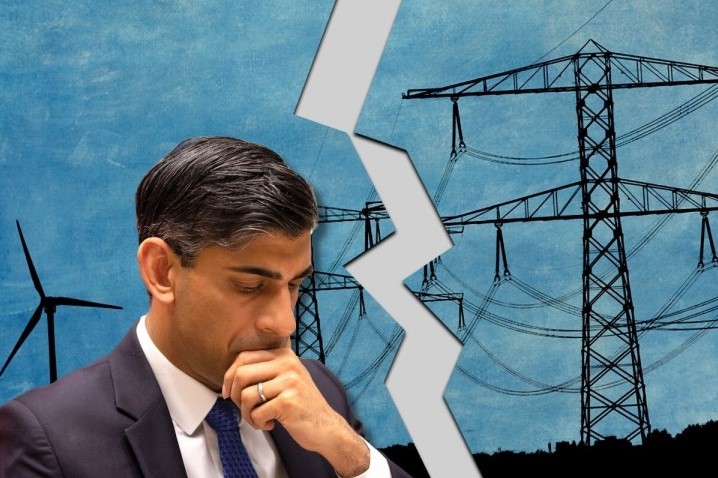 As long as British capitalism continues its trajectory of decline, support for independence will remain / Image: Socialist Appeal

What these commentators miss is that the questions of social progress and Scottish independence are intertwined in the consciousness of many workers.

It is precisely the failure of successive Tory and New Labour governments to address the continued crises of British capitalism, and their impact on the working class, that has fuelled the desire for independence amongst Scottish workers and youth – in the runup to the 2014 vote, and ever since.

And as long as British capitalism continues its trajectory of decline, exposing the rottenness of the entire Westminster establishment, support for independence will remain, albeit with ebbs and flows.

At the same time, suppression of the Scottish people’s democratic right to self-determination by the Tories and the rest of the British establishment will continue to fan the flames of the independence movement – and could even radicalise it down the line.

The next general election appears still a long way off, scheduled for January 2025. With almost-permanent chaos and crisis at Westminster, however, this date could end up being brought forward significantly.

For now, workers in Scotland are preparing for a winter of discontent, with households north of the border particularly affected by high energy costs and a weakened NHS.

In the process, the misery and crises facing the working class will be pushed to the fore, and disgust towards Westminster, the Tories, and the entire establishment will sharpen.

This could provide a boost to the independence movement, if it is able to capture the spirit of revolt that drove the surge towards Yes in 2014.

Alternatively, the independence question could be sidelined for a period, as workers and youth move into struggle, through strikes and on the streets, looking for a way out of capitalism’s impasse.

In either case, it is the duty of Marxists everywhere to raise the slogan of socialist internationalism: For a Scottish Workers’ Republic! For world socialist revolution!