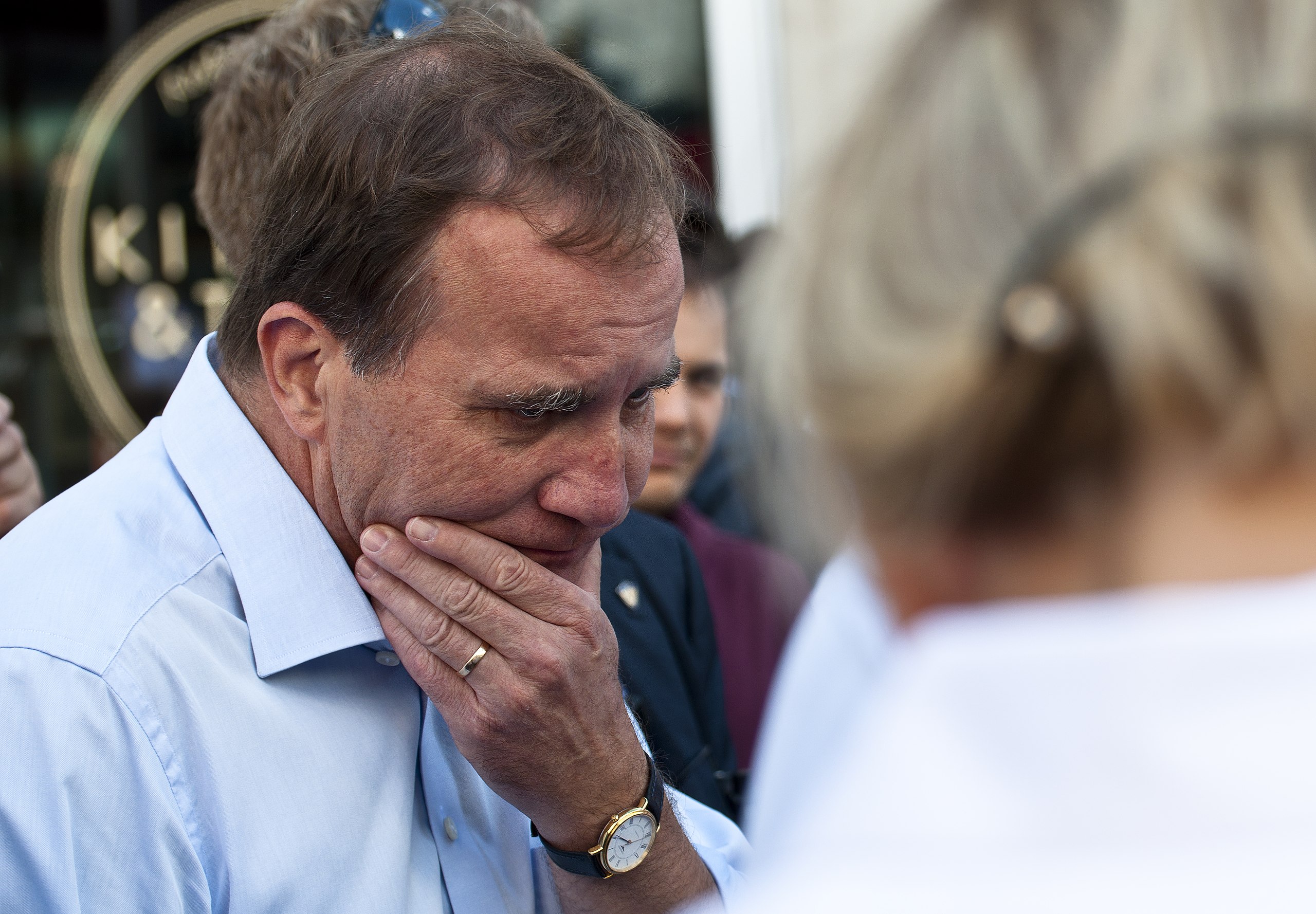 The discredited government of Stefan Löfven in Sweden has faced a successful vote of no confidence in parliament. It’s time to go on the offensive: fight for a snap election on a socialist programme!

Limits on the right to strike, reduced taxes for the rich, worse employment security, more police and harsher repression; more attacks against refugees, and so on and so forth – this is the legacy of the Social Democratic government of Stefan Löfven. To stop it from also introducing market rents (i.e. ending state price controls and allowing landlords to set rents), the Left Party has correctly brought it down through a vote of no confidence.

The Swedish election of 2018 produced a right wing majority in parliament, but the bourgeois parties were split over the question of collaborating with far-right Swedish Democrats. By promising to carry out a right-wing programme of attacks against the working class, after four months of negotiations, the Social Democrats and the Greens won over the support of the Liberals and the Centre Party (known for its anti-union and boss-friendly policies).

The agreement, reached in January 2019, is known as the January agreement, with a specific point saying that the Left Party was to be excluded from all influence. This was especially remarkable considering that these four “January parties” didn't have a majority of their own, and were hence dependent on the acceptance of the Left Party to come to power.

Nevertheless, despite the open attacks against the working class and being excluded from all influence, the Left Party in the end let the government through, arguing that the alternative was worse. However, they also made a direct threat: if the government was to attack employment security or introduce market rents, they would bring it down in a vote of no confidence.

On the question of employment security, the Left Party in the end backed down, following the lead of the big public sector and metal workers unions. But on the question of market rents, they could back down no further.

How (not) to fight the right wing

In fact, one Social democratic promise in the election of 2018 was not to introduce market rents, since they would eventually lead to massive rent increases for all 3 million tenants in Sweden. This promise was of course easily forgotten after the election, when they looked for support among right-wing parties.

To bring the government down, the Left Party had to lean on the support of the main right-wing bloc: the Moderate Party (the traditional conservative party), the racist Swedish Democrats and the Christian Democrats. These parties hope to capitalise on the discontent over unemployment, criminality, the crisis of health and elderly care, and so on. True to form, they seek to exploit the consequences of capitalism and austerity to win more votes and carry out even-harsher austerity.

One of the main arguments of the January agreement was lesser evilism: to keep this reactionary triad (especially the Swedish Democrats) out of office. But the result of selling out your working-class base is, of course, that even more workers turn to the camp of the right in disappointment. In an opinion poll of workers in the main trade union confederation LO, the right-wing parties (including the Swedish Democrats and the Centre Party) for the first time took a larger share of the vote than the Social Democrats, Greens and Left Party together.

This should act as an alarm bell for the entire workers’ movement: We can’t fight the right by accepting or carrying out their anti-worker policies. We don’t win by trying to appear more “responsible”; meaning, in today's political language, being prepared to sell one’s principles to the highest bidder.

Go on the offensive

On social media, the comments on the Left Party page and that of party leader Nooshi Dadgostar are filled with support: “Never been prouder of the party and its leader”, “Thank you for taking up the fight”, “SO good that the Left Party stands firm”, are excerpts from the most popular comments on the Facebook post of Nooshi Dadgostar. The idea that somebody finally stands up against the right wing attacks has created enormous enthusiasm.

The Left Party has the potential to use this support and enthusiasm to go on the offensive for real change. But this demands a programme that corresponds to capitalism in 2021. Millions face starvation across the world. Hundreds of millions have no access to even basic healthcare in the midst of a pandemic. A climate crisis threatens the future of civilization. Here in Sweden, there is a massive and growing lack of housing, mass unemployment and poverty. NGOs report on single parents working in healthcare who are forced to apply for help with money and food.

The scale of the problems show that it’s not enough to act as a point of support for, or try to gain influence over a budget which at bottom is hostile to workers. In the best case scenario, this means to passively accept that the situation keeps getting worse.

As the many small scale demonstrations (many of which took the name “revolt”) showed before the pandemic, there is no lack of will to fight. There’s a growing ferment everywhere, under the surface. The problem is that there has been no fighting alternative on the left that has been able to channel and gather this fighting spirit against the government's policies.

Hence, the choice to bring down the government must be the beginning of a radical change in Left Party politics. A socialist programme for real change would inspire tens of thousands of people, who in turn would inspire others. A revolutionary programme showing the way out of the misery of capitalism would be the necessary base for a fighting workers’ movement.

The only way forward: a fighting socialist programme

Unfortunately, all the statements by Left Party leader Nooshi Dadgostar point in the opposite direction. At the press conference yesterday, she stressed time and time again that “we want Stefan Löfven to come back” as prime minister, but “without a proposal of market rents”. This of course begs the question if the party leadership considers the right-wing policies of the former government acceptable – if the other 72 points of the January agreement are acceptable. Nooshi Dadgostar especially put emphasis on the need to “speak to each other, negotiate and solve the situation” and so on. She spoke warmly about the Left Party's ability to “make compromises” with their own policies. 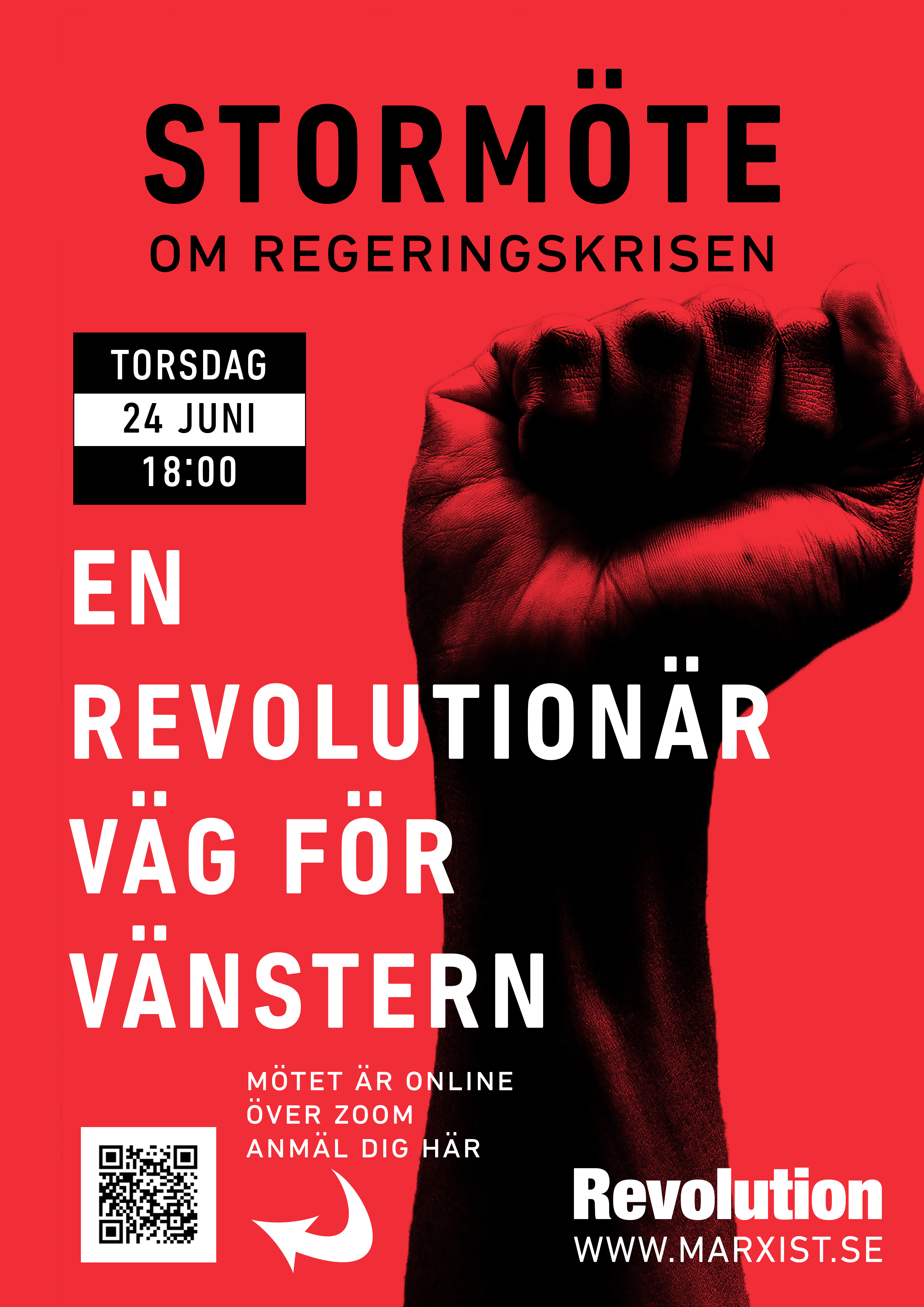 Instead of breaking sharply with the status quo and showing willingness to fight for change, being the only party on the side of the workers, the Left Party endeavours to sound just like every other party. Even worse, the party seems to be preparing a continued collaboration with the Social Democratic right wing leadership, the Greens and even the Centre Party – a collaboration that can only take place on the basis of carrying out a right-wing programme.

The Left Party didn’t choose to remain outside the January collaboration, but the fact that the party was kept outside is the only thing that has enabled it to at least partly act like an opposition since the election of 2018. The Centre Party has also so far rejected the proposals of Left Party leader Nooshi Dadgostar to be in government with the Centre Party, which is fortunate. To stand in an election on the basis of a collaboration with the Centre Party is to stand on attacks against the working class.

Of course, we would also like to see a left-wing government, but we want to see a real left wing government that actually implements a left-wing programme. The austerity of the past decades carried out by Social Democratic governments, often with Left Party support, have managed to all but erase the lines between left and right. It has even managed to make the Swedish Democrats seem worker friendly in the eyes of many people! Fighting for a political alternative must begin by making the difference clear between a socialist programme and the austerity that has been implemented during the past decades.

Instead of trying to find different compromises and blocs in the current parliament – dominated by the right – the Left Party needs to fight for a snap election. There is no reason that we should endure another year under the present right-wing majority. But to succeed, it’s not sufficient to fight over just one question. We need to take aim at all the attacks of the January agreement and the austerity of the past decades. We need to go on the offensive with a socialist programme against all the horrors of capitalism: the cuts, the mass unemployment, the poverty and the climate crisis.

Only a socialist programme can provide a way forward for humanity. Bringing down the Löfven-government was only the first step.

CLICK HERE TO REGISTER FOR OUR RALLY (IN SWEDISH) ON THURSDAY 18:00 (SWEDISH TIME): THE GOVERNMENT CRISIS – A REVOLUTIONARY WAY FORWARD FOR THE LEFT