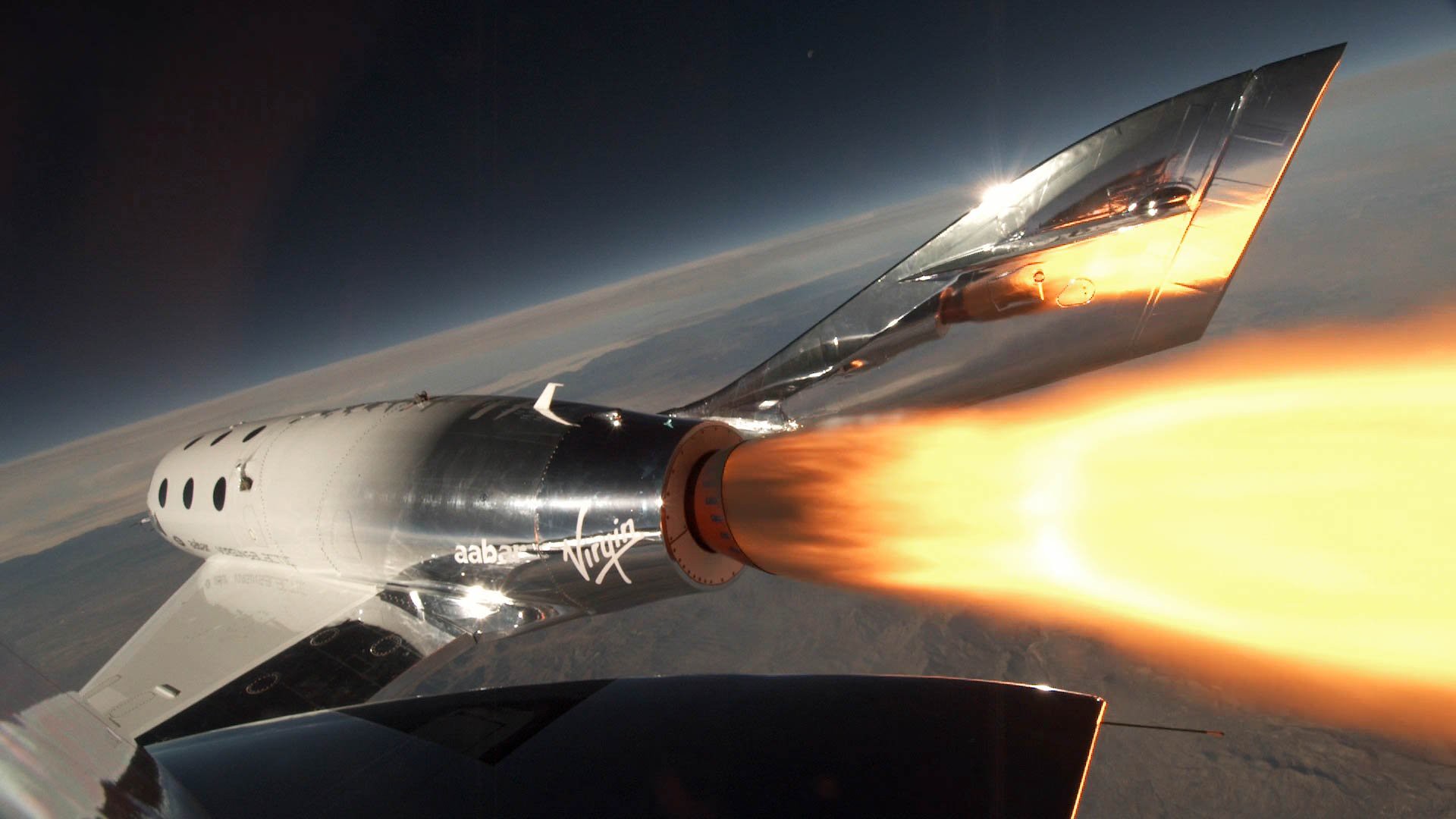 Earlier this month, in the midst of a pandemic that is one of the worst catastrophes since the Second World War, billionaire tycoons Jeff Bezos (owner of Amazon and his own private spaceflight company, Blue Origin) and Richard Branson (owner of Virgin Galactic) announced their intentions to see which of them can be first to travel into space. The two are also in competition with Elon Musk’s SpaceX to become the first company to send paying, super-rich customers into space.

We certainly won’t be sorry to see these parasites leave our planet. Their voyages are only possible thanks to their brutal exploitation of thousands of workers, in addition to leeching off the public purse.

In recent years, the ‘final frontier’ has become an increasingly popular destination for private companies, with all manner of multi-billionaires from Branson, to Bezos, to Tesla’s Elon Musk pushing to expand their respective aerospace companies.

A few weeks ago, Bezos announced that his space travel company ‘Blue Origin’ will be blasting him into orbit on 20 July, claiming that seeing Earth from space “changes you” and that the journey will “be an adventure”. Like the decadent slave-owning class of the late Roman Empire, today’s super-rich have exhausted every earthly pleasure and are now looking to outer space to titillate their senses, while billions live the daily horrors of this system down here on Earth.

Bezos, Musk and Branson are locked in a three-way fight to become the first private capitalists to open space up to tourism, whilst the crisis of capitalism inflicts horror on hundreds of millions of people looking on at this obscene display / Image: various, wikimedia commons

But it seems Bezos will be beaten to the punch. A report from Virgin Galactic, which coincidentally ‘leaked’ almost immediately after Bezos’ announcement, stated that Richard Branson will also be journeying to the stars - two weeks earlier - in what the Guardian describes as a ‘Fourth of July Independence Day spectacular’.

Despite the way these figures are celebrated in the capitalist press, the announcements have been widely seen by ordinary people for what they are: cynical stunts by disgustingly rich businessmen, to boost their self-importance at a time when money and resources are desperately needed elsewhere.

Simply launching Tesla’s SpaceX rocket (apparently the cheapest option when it comes to private spaceflight) costs $28m. One intrepid bidder paid £20m for the privilege of joining Bezos on the Blue Origin launch.

With 125 million people driven into extreme poverty within the last year, throwing tens of billions of dollars into these vanity projects is not simply insensitive, it is a crime against the working class and the poor of our planet.

Within days of Bezos’ announcement, a petition was launched on change.org, humorously addressed to ‘the proletariat’, entitled, “Do not allow Jeff Bezos to return to Earth”, which (at the time of writing) has already gathered 140,000 signatures. “Billionaires should not exist...on earth, or in space,” the petition reads. “But should they decide the latter, they should stay there.”

Despite its humorous tone, the petition captured the anger of the many ordinary people, which was also captured in the comment section:

“Bezos is a parasite… I cannot imagine a more despicable person. I also feel like him having all of outer space to himself would be his dream come true. Aren’t there loads of alien species he could subjugate, now that he’s done doing that to us?”

Another writes that this one-way voyage idea should be expanded to the entire one percent:

“If they can send a billionaire to Mars why can’t they send them all there?”

“Stay in space or treat your workers with dignity.”

In the words of another signer:

“He literally has the power and ability to end so much suffering in the world at any moment; he just CHOOSES not to. If he’s gonna spend that money on trying to get to space instead, then fine. Let him go. And then, let him stay there. Earth will be a better place for his absence.”

Indeed, these moguls have sufficient wealth and resources at their disposal to solve many of the world’s problems overnight. Between them, Bezos, Musk and Branson boast a personal wealth of $362bn. Their companies have combined assets amounting to around $500bn.

What could be paid for with the approximate total of $860bn? It could end world hunger almost three times over in the space of 10 years. It could provide universal primary and secondary education to all the world’s children for five years, according to research by the UN in 2015. It could cover three years of the necessary investment required to reduce greenhouse gas emissions by the levels recommended in the Paris Climate Accords. Vaccinating the whole world against COVID-19 would be a mere drop in the ocean for these gentlemen, at a trifling $66bn.

Wealth enough exists to resolve the most serious challenges facing humanity. But it is in the grip of private profiteers who would rather fritter it away on space tourism for them and their ultra-rich pals.

How are these billionaires able to afford such vanity projects? First and foremost, this immense wealth comes from the sweat and blood of thousands of exploited workers, toiling in intolerable conditions.

Amazon is infamous for its dire treatment of workers, and union-busting practices. Every minute of workers’ time is subjected to scrutiny in Amazon’s 400,000-square-foot warehouses. Workers report being made to work 14-hour shifts with no bathroom breaks.

Injury rates at some Amazon facilities in the United States are three times the national average for warehouse workers. “There are days I say I’m just at the mercy of God,” said one Amazon worker interviewed in the Guardian.

Yet during the pandemic, Amazon’s profits doubled, while the company was investigated by courts in the US for putting workers at “needless risk” by refusing to take safety measures, and illegally firing anyone daring to advocate for better treatment.

Meanwhile, Tesla’s factories have been called “modern day industrial sweatshops” by ex-employees. They describe workers at the Fremont plant in California throwing up from dehydration, working eight or ten days straight without a break, and suffering grievous injuries on the job – including one unfortunate man whose leg was run over and crushed on a production line.

One ex-Fremont worker, Richard Ortiz was fired after trying to unionise the plant. And when the Chinese outlet Pingwest reported on stories at Tesla’s Giga Shanghai plant, the company filed a lawsuit to hush things up.

Leeching off the state

Added to the wealth squeezed from their workers, these companies also wouldn’t have lasted a day without generous state support. Certainly their efforts to enter the space tourism market would have been completely grounded without this support.

Between 2000 and 2019, private aerospace companies in the US received $7.2 billion in government subsidies, 93 percent of which was for projects that focus on launching rockets.

Earlier this year, the US government gave a multi-billion dollar contract to Elon Musk’s aerospace company SpaceX to take two US astronauts to the moon, having lavished billions on SpaceX as a private sector alternative to piggybacking on Russian rockets.

Following protests from Jeff Bezos, the government passed the “U.S. Innovation and Competitiveness Act” which includes a $10 billion bailout that will likely go straight into Bezos’ pockets.

The double-standards of the ruling class have rarely been more obvious. Last year, at the height of the pandemic, Elon Musk tweeted that “another government stimulus package is not in the best interests of the people”. The next minute he was readily helping himself to the $600 billion coronavirus fund that former Treasury Secretary Steve Mnuchin offered to “small businesses” during the pandemic.

Similarly, in its first ten years of operation, SpaceX received half of its total funding from the US government. These are only the amounts directly handed over to these billionaires. They are also able to call upon technologies and experts that have been freed up for them thanks to the winding down of the US space programme, which was funded to the tune of hundreds of billions of dollars of tax money.

Far from being great innovators, these billionaires are simply using state money to market innovations developed by public research and investment. Every one of these supposedly “self-made” billionaires has grown fat on government subsidies, while the working class foots the bill in austerity, taxes, and wage cuts. 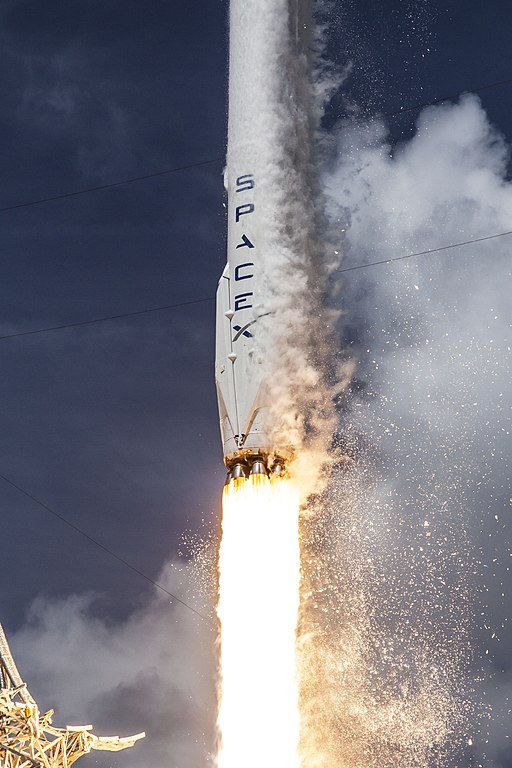 Elon Musk's SpaceX alone has taken billions in direct handouts from the US government. This is without factoring taxes that he has avoided and the many indirect ways he and other private capitalists have profited from the public coffers / Image: SpaceX

Whilst taking all they can get from the public purse, they do everything in their power to hold onto every last cent of their ill-gotten wealth. The fight for space domination comes on the back of a leaked IRS report, showing that billionaires in the USA have been systematically avoiding income taxation for years.

While showering aerospace billionaires with subsidies and handouts, the Biden administration was quick to respond to the leaked IRS report… by stating that they will track down and prosecute the whistle-blowers. In the words of one Republican Senator, this tax information represents an “incredible danger to private citizens and the credibility of the federal government if [it] is used for political or other purposes.”

The only ‘danger’ such information poses is to the corrupt and exploitative system, which continues to promote the profits of billionaires over the wellbeing of the masses.

The disgusting behaviour of billionaires like Branson, Musk and Bezos – who flaunt their stupendous wealth before the hundreds of millions of eyes of the world’s poor – will only add petrol to the fire of the burning hatred that millions feel towards this system, which allows such obscenity.

Tempting as it is to consider, even leaving these billionaires in space ultimately wouldn’t get to the root of the problem. Only by expropriating their wealth and using it to meet society’s needs can we stop the exploitative and wasteful vanity projects of the capitalists, and put these much-needed resources to much better use.