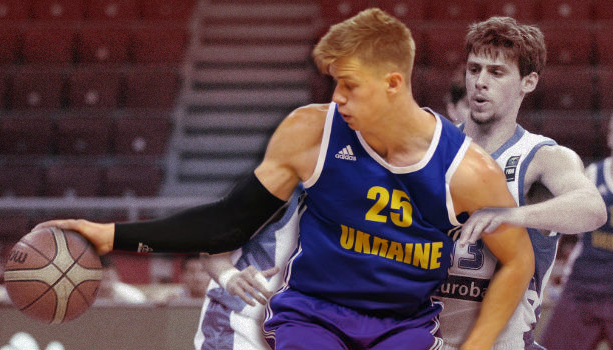 Volodymyr Orlov is a basketball player with Benicarló, in the second division of Spanish basketball, LEB Plata. He was born in Ukraine but moved to Spain when he was 11 and has acquired Spanish nationality. His recent public statements on the Russian invasion of Ukraine  ES Radio, which have been published by La Voz de Galicia and other newspapers, have created a stir in Spain.

He started by explaining how most of his family – his parents, sister and grandparents – still live in his birthplace, Kharkiv, one of the first cities to be attacked by the Russian army: “It’s difficult to handle this situation. It hurts to see what is happening. My city was the first affected although there are bombings almost everywhere.” His family and friends, “are sheltered in the subway, because it is anti-bombing, or locked up at home.”

Having said this, Orlov explained that he is very critical of the news coverage of the war and of the conduct of Ukrainian president Zelensky: “90% of the news here is false, because Spain is part of NATO”.

Orlov explained how he feels Ukrainian and is not in favour of the Russian invasion, but that this is not the full story:

“My city, Kharkov, is in the pro-Russian zone. I do not justify what Putin has done, because I do not want any type of violence, but we have been at war for 8 years in which that part of the country [Donetsk and Luhansk] is being bombed and that does not appear on television. The Ukrainian Army was destroying everything and we have not seen those dead in the media. I feel very angry.”

He is also very critical of the role played by the Zelensky government:

“The Ukrainian government provoked this situation. It cannot threaten Russia by offering to set up NATO military bases on its border. The president of Ukraine has an interest in what is happening. That area of the Donbas has been independent of Ukraine for several years and Russia, with its intervention, said that its first objective was the military bases that threatened its border.”

“The people of Ukraine and Russia are suffering because of those who made the wrong decisions. I hope this happens quickly and with as few victims as possible.”

It is clear that the reason why Orlov’s statements have caused such a stir in Spain is because, being from Ukraine, his point of view runs contrary to the dominant view of the conflict being pushed almost unanimously by the Spanish media and backed by both the PSOE government (which has sent weapons to Ukraine) and the right-wing opposition.