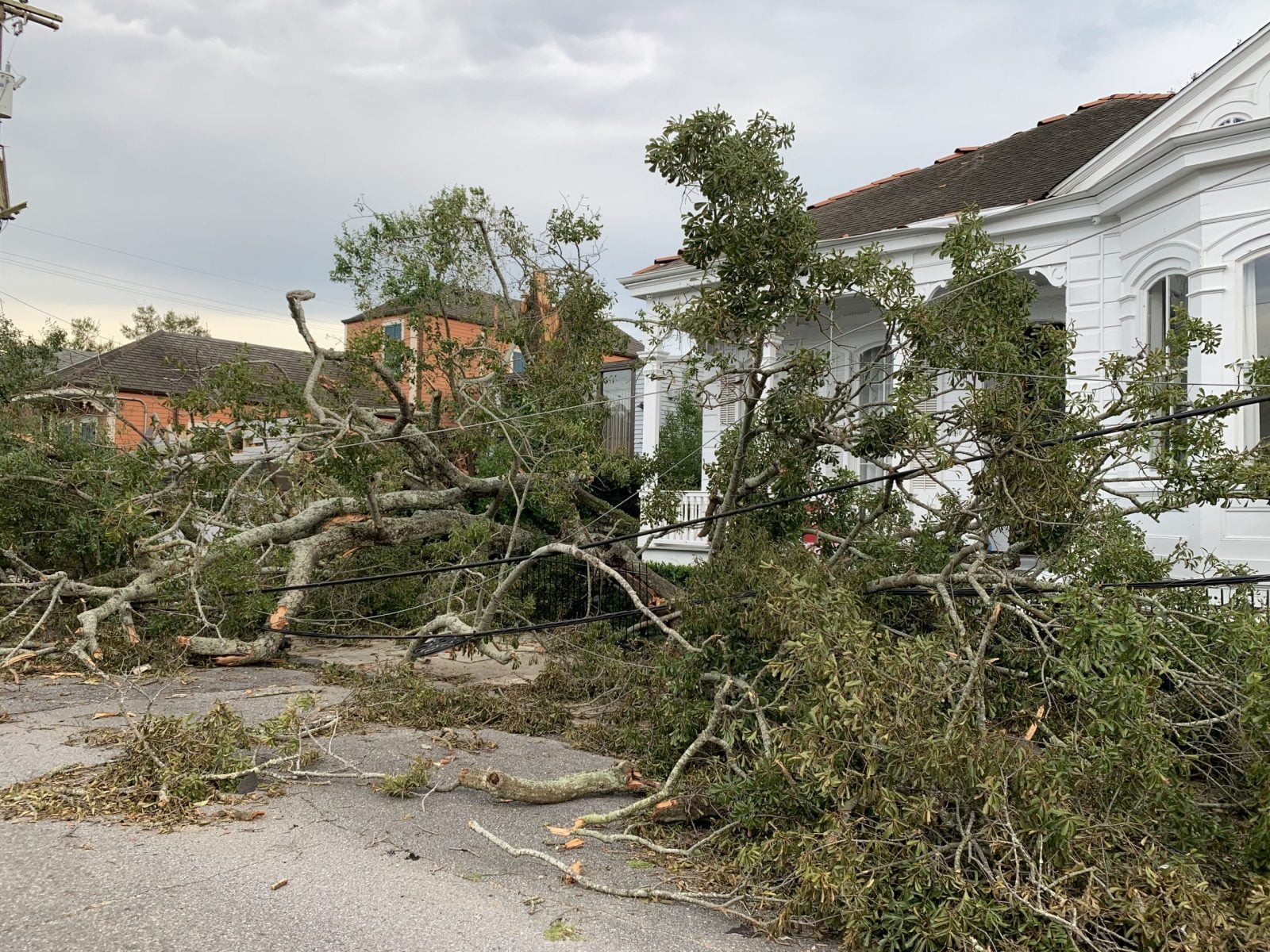 Our US website received the following letter from one of our comrades in New Orleans who is experiencing first-hand the devastation in the aftermath of Hurricane Ida. Ida’s fury once again exposed the lack of preparedness and planning that is inherent in private ownership of the means of production.

During hurricane season in New Orleans, the benchmark for evacuation is Category 4. Unfortunately for me and the 200,000 other people who remained in the city, news of the projected strength of Hurricane Ida came too late. As the storm clouds approached, my colleagues and I broke down our restaurant and went our separate ways. We have now been cast across the Gulf of Mexico and as far as New Mexico. In the days since the storm hit, I have experienced first hand what is fast becoming the terrifying new normality as extreme weather events become increasingly common. 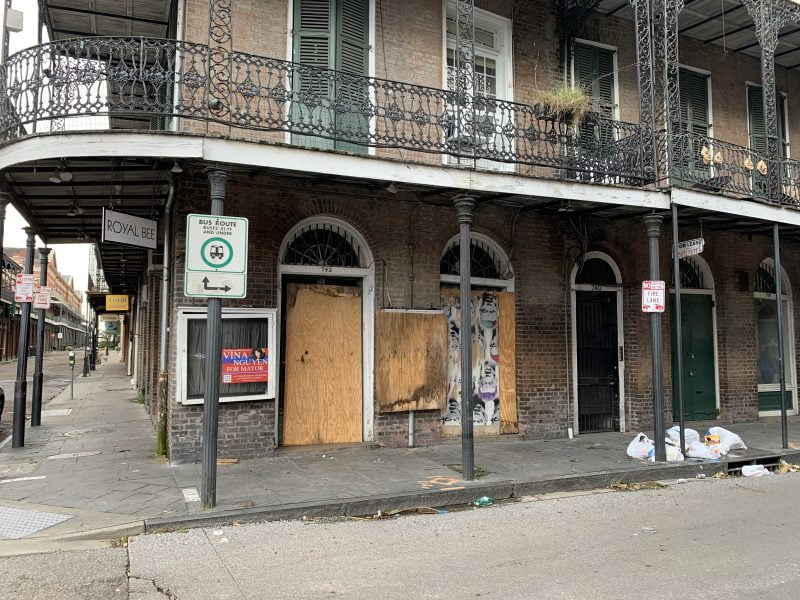 "Power has been out since the storm hit, and the heat index has consistently been over 100 degrees Fahrenheit since the storm, and by early afternoon, I begin to question reality" / Image: Socialist Revolution (USA)

The days are long. For me, mornings are easier. Power has been out since the storm hit, and the heat index has consistently been over 100 degrees Fahrenheit since the storm, and by early afternoon, I begin to question reality. This is compounded by the inability to sleep—my windows have a century’s worth of paint sealing them up, but even with screens I couldn’t rest, as there has been an explosion of cockroaches and rats enticed by a neighborhood’s worth of rotting food on the curbs. Waste pick up is not a municipal service here and has instead been contracted out to a private company that employed prisoners and subverted minimum wage laws during a strike of waste workers demanding greater protections and pay during the first wave of the COVID-19 pandemic.

There is a dusk-to-dawn curfew in place. The French Quarter, the city’s historic district, has had power restored, and the reflection of the light into the night sky allows at least some visibility in surrounding neighborhoods. Prior to that, it was an abyss. But even this modest illumination doesn’t undo the anxiety that night brings. Last night I counted three different shootings—and I have yet to see any of them reported in the news.

By some metrics, the intensity of Ida surpassed that of Katrina—which hit the city sixteen years earlier to the day. This time, at least, the flood protections for Orleans Parish withstood. Nonetheless, the city is severely damaged. Our hospital networks were already at maximum capacity, with Louisiana leading the country in COVID-19 infections in the preceding weeks. New Orleans, bearing the brunt as the regional healthcare provider in a region where rural hospitals have been gutted or done away with altogether, took on a massive influx of patients from outside the area. The dictate for residents is: suffer no harm, because there’s nowhere to go.

My neighbors who remain are armed. Whether I find comfort or fear in that depends on the moment, but as more and more people leave I find my unease rising. As I type this, I feel grateful to be alive and to have resources, but a feeling of desperation is setting in.

I consume one MRE [military ration] pack a day and I finally had an ice water yesterday, having humbled myself to ask a neighbor for it. Life, a week ago, feels like an entirely different era. Whether or not the estimate that my neighborhood could have power a week from now is true, I’m not sure I can maintain such a precarious existence. I don’t know what is next. 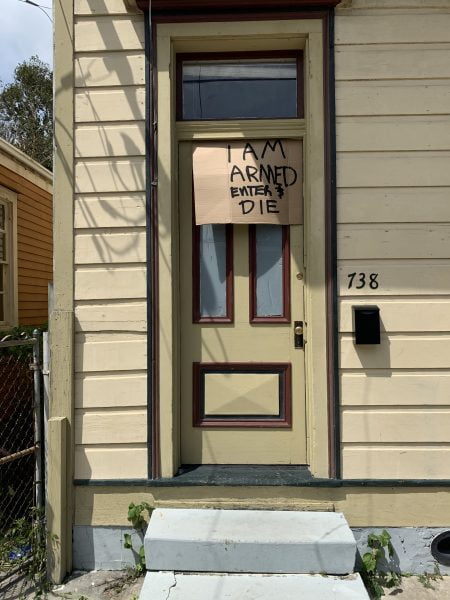 "My neighbors who remain are armed... I feel grateful to be alive and to have resources, but a feeling of desperation is setting in" / Image: Socialist Revolution (USA)

My situation right now is only a preview of what is to come for millions of people should capitalism remain intact as the worst effects of climate change ramp up. The pandemic was just the canary in the coal mine. As devastating as COVID-19 has been, the climate crisis will be far more costly in every imaginable way. Fires in the west, storms in the east. Ida’s fury, from the Gulf to New York City, once again exposed the lack of preparedness and planning that is inherent to private ownership of the means of production. This system is a complete and utter obstacle to addressing climate change, in every sense. It is incapable both of addressing the root cause or of managing the effects of the destruction that has already occurred.

More than ever, we need a mass socialist party with a revolutionary program. The working class of Louisiana and the world have enormous potential power—but we must get organized as a class and take it into our own hands. The only way to offset and mitigate environmental destruction is to mobilize humanity’s resources on a global scale under a democratically planned economy, free from the constraints of the profit motive and interests of the tycoons. Many things are uncertain in New Orleans right now. But one thing is crystal clear: socialist revolution is the only solution to the many crises that lie ahead.