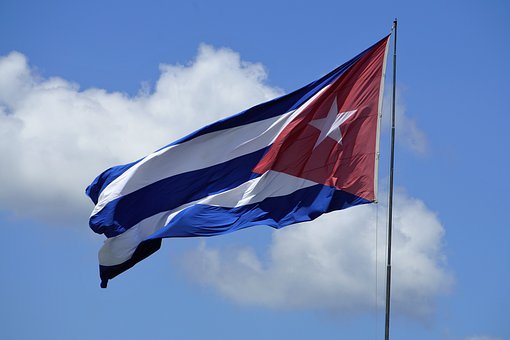 In yet another scandalous provocation, on 11 January the US has decided to designate Cuba as a “state sponsor of terrorism”. The statement, signed by Secretary of State Mike Pompeo, comes as the Trump administration has less than 10 days left in office. It has no basis in reality and is clearly motivated by cynical political calculations.

Cuba was designated as a “state sponsor of terrorism” in 1982 by the Reagan administration and removed from that unilateral US imperialist category by Obama in 2015, as part of his attempt to change the methods used by Washington to destroy the Cuban Revolution.

In the statement, Pompeo explains the rationale behind the decision. The reasons he alleges have no basis whatsoever, not even from the point of view of the logic of imperialism. It is said that “Cuba has refused Colombia’s requests to extradite ten ELN [National Liberation Army, Spanish: Ejército de Liberación Nacional] leaders living in Havana after the group claimed responsibility for the January 2019 bombing of a Bogota police academy that killed 22 people and injured more than 87 others.”

This is correct. The ELN leaders mentioned are in Cuba as part of a delegation involved in peace negotiations with the Colombian government, which started in 2016. The bombing of the Bogota police academy in 2019 (which Cuba publicly condemned) brought the peace negotiations to an end. The document signed by the ELN and the Colombian government in 2016 set out what would happen if peace talks broke down: members of the ELN delegation in Cuba would be allowed safe passage back to ELN camps in Colombia. The 11-point document has been made public by the Colombian media and is binding on the Colombian government. The Colombian government has chosen to disregard it and request extradition of the ELN leaders in Cuba, in the full knowledge that Havana has no option but to refuse. Norway, which is one of the countries that acted as guarantors of the peace talks, has backed Cuba’s principled position. The weak and discredited Colombian government of Iván Duque has its own reasons for wanting to put the ELN at the centre of the political debate, but it is also clear that, in this matter, it is providing Trump with a justification for acting against Cuba.

The second argument used by Pompeo in his statement relates to Cuba harbouring “several U.S. fugitives from justice wanted on or convicted of charges of political violence”. Amongst those mentioned is Black Panther activist Assata Shakur, Ishmael Muslim Ali and New African Republic activist Charlie Hill. One could go into each one of the cases (for instance Muslim Ali did jail time in Cuba for kidnapping the plane that took him there, showing Cuba’s real attitude against air terrorism), but that is not the central question here. All of these “fugitives from US justice” went to Cuba in the late 1970s or early 1980s. They were in Cuba in 2015 when the US removed the designation of the island as a “state harboring terrorism”. What has changed between 2015 and now? As far as the Cuban government’s attitude towards these people who have been given asylum, nothing has changed. What has changed is the attitude of the US government, and the fact that Trump is about to be ejected from the Oval Office.

The US statement against Cuba has no real legal basis and is just a politically motivated attack against the Cuban Revolution, with Venezuela thrown in for good measure. In fact, as some commentators have pointed out, the process leading to this decision was driven by the State Department’s Bureau of Western Hemisphere Affairs rather than its Counterterrorism Bureau, in a breach of usual procedure. 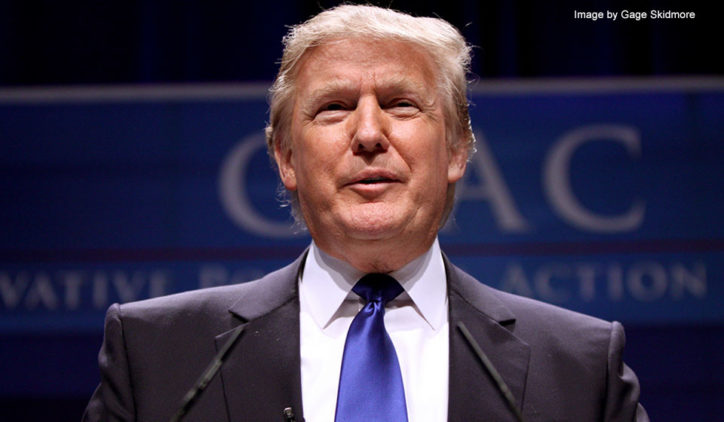 The US statement against Cuba has no real legal basis and is just a politically motivated attack against the Cuban Revolution, with Trump trying to make it as hard as possible for his successor to change tack / Image BFPG

In reality, if we are to examine the facts, it is Cuba that has been subject to US terrorism for the last 60 years. Going back to the Playa Girón (Bay of Pigs) invasion in 1961, the US government carried out countless attempts to overthrow the Cuban revolution, including the CIA’s over 600 different plots to kill Fidel Castro, acts of terrorism against foreign tourists in Cuba carried out by Miami-based reactionaries, etc.

If you want to know which country sponsors terrorism and harbours terrorists in the Cuba-US conflict, just look at the history of the now deceased Posada Carrilles, responsible for the 1976 terrorist attack that brought down a Cubana de Aviación airliner, killing 73 people who were on board. Posada Carriles was never brought to justice in the US for his numerous terrorist crimes – in fact he was on the payroll of the CIA. Washington repeatedly rejected attempts by the Venezuelan and Cuban governments to get him extradited. The case of the Miami Five, Cubans jailed in the US for exposing anti-Cuban terrorist networks, is another good example of Washington’s attitude towards terrorism.

Beyond the issue of Cuba-US relations, Washington has a long track record of being directly involved in terrorist actions in other countries and of sponsoring terrorist groups and organisations, from the murderous Mujahideen in the Afghan War (the precursors to the Taliban and Al Qaeda), to the cut-throat Contras against Nicaragua. US imperialism has regularly used terrorist methods to eliminate foreign heads of state that were not compliant to the interests of US capital, from the overthrow of Guatemala’s Arbenz and Chile’s Salvador Allende to the assassination of Congo’s Patrice Lumumba. The list is endless.

What are then the real reasons for this last minute decision by Trump and Pompeo? Cuba (and Venezuela) have become very important political issues in US politics and particularly in the crucial state of Florida, which Trump won in the presidential election. The reactionary exile Cuban community plays a key role in both the Republican and the Democratic party in the state and thus, pandering to rabid Cold War anti-Communist demagogy is an important part of Trump’s attempts to solidify his base of support.

As well as this, in the last weeks, Pompeo has gone on an offensive to establish a clear reactionary legacy for the Trump administration in foreign affairs, from relations with China, to the war in Yemen. Cuba is part of it. The move is designed to make any attempt by the new president-elect to go back to Obama’s doctrine towards the island much more complicated. If Biden wanted to remove Cuba from the “state sponsor of terrorism” list, it would take months of inter-agency review.

Let’s be clear, it was not that Obama was a friend of the Cuban Revolution. Quite the opposite. However, Obama represented a section of the US ruling class that realised that 60 years of brute force attempts to overthrow the revolution had failed, and perhaps different tactics were needed. They calculated that the opening of economic relations would achieve the same aims (putting an end to the Cuban revolution) by different means: through the penetration of capitalist relations.

The decision comes at the end of four years in which the Trump administration has not only reversed the measures taken under Obama, but has strengthened the blockade and embargo against the Caribbean island to an unprecedented level. A Cuban comrade I discussed with commented:

“The attacks by the Trump administration have not been limited to reversing Obama's measures and the activation of Chapter III of the Helms-Burton act. It has perhaps been the administration that has taken the most measures to tighten the blockade and that has tried the most ferociously to strangle the sources of income for the Cuban economy. The persecution of all international financial transactions and operations in Cuba has been brutal. Almost every month, and in recent times, almost every week, there are new sanctions and measures that tighten the blockade against Cuba.”

Punitive measures introduced by the US have led to the cessation of activities by Western Union on the island, making the all-important entry of remittances much more difficult. 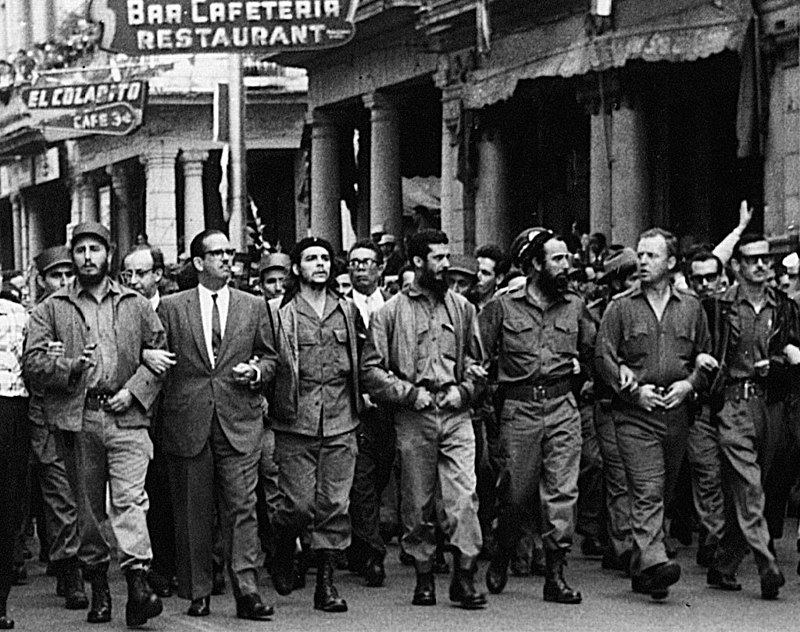 This latest assault on the revolution is part of a 60-year-long campaign for the US to reassert its domination / Image: public domain

Some commentators have argued that, in this context, the designation of Cuba as “state sponsor of terrorism” will have little practical impact. That is not true. Pompeo’s statement declares that “today’s designation subjects Cuba to sanctions that penalise persons and countries engaging in certain trade with Cuba, restricts U.S. foreign assistance, bans defense exports and sales, and imposes certain controls on exports of dual use items.” That would be bad enough. The decision will send a powerful signal to businesses and companies around the world (not only in the US), that financial transactions and economic relations with Cuba will be subject to an added layer of scrutiny. According to the president of the U.S.-Cuba Trade and Economic Council, John Kavulich, this will add “another among many disincentives to seek opportunities to export to, import from or provide services for Cuba.”

If we take a dictionary definition of terrorism as “the unlawful use of violence and intimidation, especially against civilians, in the pursuit of political aims,” then, clearly, the actions of US imperialism against the Cuban Revolution are precisely acts of terrorism.

This latest assault comes at a time when Cuba is facing its most severe economic crisis since the fall of Stalinism in the USSR, with a drop in GDP in 2020 of 11 percent, according to finance minister Alejandro Gil. This crisis is the result of a combination of factors, including the Covid-19 pandemic and its impact on tourism, but has been much aggravated by Washington’s measures. As a result, the Cuban leadership has moved to introduce measures that had been discussed for years, which amount to weakening state planning and making concessions to the capitalist market, as we have explained elsewhere.

At the bottom of the continued assault by US imperialism is the fact that, 62 years ago, the Cuban people – the workers, the peasants and the poor – decided to free themselves from its domination. Furthermore, the Cuban Revolution expropriated capitalism for the first time in the Western Hemisphere, 90 miles away from the most powerful imperialist power on earth, and to this day continues to be a source of inspiration for the workers and the oppressed across Latin America and the world.

As revolutionary Marxists we unconditionally defend and support the Cuban Revolution against imperialism and against the threat of capitalist restoration. It is the duty of all socialists, nay, all democrats to reject this latest assault and say: hands off Cuba!