US capitalism is rushing to return to 'business as usual', but the new normal bears the social and economic scars of a historical crisis. The spectre of stagflation haunts this deeply indebted country; workers and youth are left with the long-term health consequences of the pandemic; and the climate crisis continues to loom over the situation. All the signs point to renewed turmoil in the future.

Trump is out, Biden is in, and after a year-long rollercoaster of death and political turmoil, a new normality appears to be settling in across the country. Although some hurdles remain, it’s more or less back to business as usual for capitalism. And to listen to the liberal media, Biden is the second coming of FDR, and a new golden age is on the horizon.

To be sure, GDP grew by 6.4% in the first three months of the year, roughly double the average over the last two decades. Consumer confidence is high, hundreds of thousands of jobs are being filled every month, average wages are rising faster than worker productivity, and the stock market continues to set new records. But if you remove the rose-colored glasses of capitalism’s paid apologists, things look a bit different.

After a 31.4% collapse in GDP in the second quarter of 2020, there was plenty of room for growth, driven more by oceans of federal stimulus and pent-up pandemic demand than anything fundamental. However, the most optimistic forecasters don’t anticipate current rates to continue much longer. And even if it is prolonged for several years, let’s not forget that the Obama-Trump economic expansion was the longest in US history. Yet, it solved nothing fundamental, and social inequality is more extreme than ever.

Dynamite in the foundations

June may have seen a gain of 850,000 jobs, but there are still nearly 6.8 million fewer jobs today than in February 2020. As for the stock market, many serious analysts see yet another cyclical speculative bubble ready to burst. And although wages are rising, prices for everything from food to gasoline to housing to clothing, diapers, and cars are rising even faster. 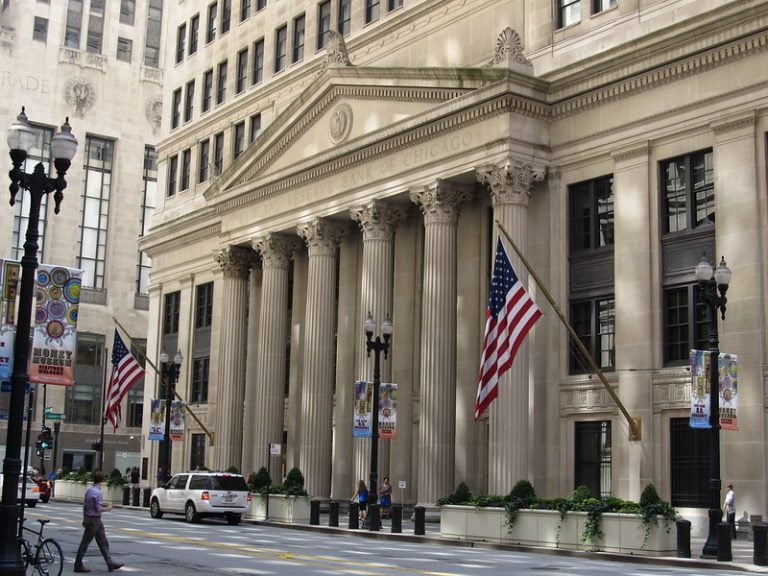 Over the last decade-plus, trillions of dollars have been pumped into the economy in the form of “quantitative easing,” corporate bailouts, and other stimulus measures, with the national debt fast approaching an eye-watering $30 trillion. As if by magic, all of this seemed to have only a negligible effect on prices. Sooner or later, however, the laws of capitalist gravity were bound to assert themselves. Even the US Federal Reserve can’t print money indefinitely, and the inflationary chickens are now coming home to roost.

According to Nouriel Roubini—known as “Dr. Doom” for predicting the housing crash that sparked the Great Recession—inflationary pressures coupled with unsustainable debt ratios are setting the stage for “the mother of stagflationary debt crises over the next few years.” Although rising prices could ease the burden of paying off the country’s $14.64 trillion in household debt, Americans have long been accustomed to low inflation rates. So even a modest increase, coupled with economic recession, would upend the apple cart of social stability. The ruling class is keenly aware that such a scenario would all but guarantee an intensification of the class struggle, as workers would be compelled to take action to defend their diminishing quality of life—with or without the support of the union leaders.

The pandemic was both viral and societal, and, as usual, children, the youth, black people, Latinos, women, and the poor generally suffered the brunt. At one point during the pandemic, youth unemployment rose as high as 27.4%. Over the first ten months of the pandemic, women lost a net of 5.4 million jobs, nearly one million more job losses than men. In December 2020, black, Latino, and Asian women accounted for all women’s job losses that month. That month alone, over 150,000 black women dropped out of the workforce entirely. The pandemic also revealed the extent of the childcare crisis. Biden’s child tax credit may take the sharp edge off for millions, but $300 a month per child is a pittance when daycare can cost more than rent.

So make no mistake: the experience of the last 18 months has left a deep mark on the psychology of hundreds of millions of Americans. The yearning for some kind of normality is understandable, but none of the contradictions that gave rise to the pandemic, extreme social inequality, or Trumpism have been resolved. The polarization that came into focus between 2016 and 2020 continues to deepen, with half the country feeling cheated and unrepresented. And despite last summer’s elemental movement, neither racism nor police brutality have eased one iota. 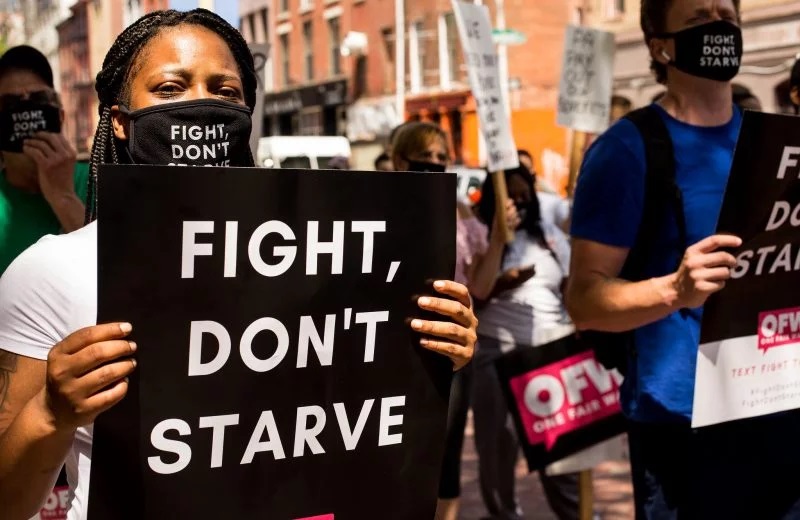 Over the first ten months of the pandemic, women lost a net of 5.4 million jobs. In December 2020, black, Latino, and Asian women accounted for all women’s job losses that month / Image by Joe Piette, Flickr

To counter the inspiring glimpses of class unity seen during the George Floyd protests, the sycophants of the ruling class have doubled down on the so-called culture wars. Critical race theory is the new red herring to distract and confuse workers on both sides of the artificial divide, with Juneteenth recognized as a national holiday on the one hand, while hard-won voting rights are clawed back with the other.

A change in consciousness

In full knowledge that the crisis is pushing millions toward solutions beyond the limits of capitalism, the Pentagon now classifies socialism as a “terrorist ideology.” Meanwhile, Facebook and co. are doing their part to defend the status quo by warning users of “extremist” content—including content produced by revolutionary Marxists. But none of this will prevent the objective crisis of the system from forcing subjective leaps in consciousness.

Though such processes are never linear, the trend over the last few years is crystal clear. According to a new Axios/Momentive poll, fewer than half of young Americans now respond positively to the word “capitalism,” falling nine points to 49% since January 2019. Given the unequal impact of the health and economic crisis, it’s not surprising that support for socialism has risen most among non-whites and women. But even young Republicans have seen shifts in their economic and political outlook. According to the poll, “Just 66% of Republicans and GOP-leaners ages 18–34 have a positive view of capitalism, down from 81% in January 2019.” According to the pollsters: “politicians looking to attack opponents to their left can no longer use the word ‘socialist’ as an all-purpose pejorative. Increasingly, it’s worn as a badge of pride.” 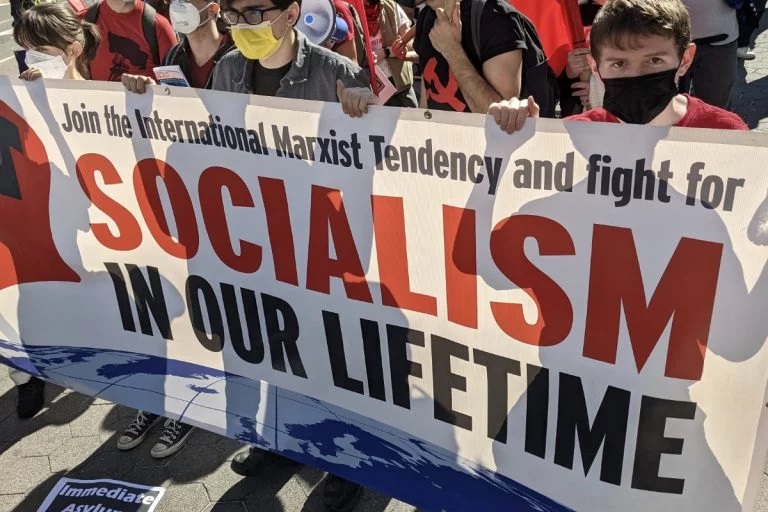 Fewer than half of young Americans now respond positively to the word “capitalism,” falling nine points to 49% since January 2019 / Image: Socialist Revolution

Anecdotal evidence from social media and rising traffic to socialistrevolution.org bears this out. Though both liberals and conservatives caricature socialism, more and more young people are learning what it is really about. Socialism is not a scheme by corrupt and effete liberals to tax “hard-working Americans” and give “handouts” to “lazy and entitled” individuals. It is not a matter of rearranging the deckchairs on sinking capitalism while leaving the levers of economic and political power intact. Nor can socialism be achieved in this or that country, coexisting peacefully with capitalism to one degree or another. Genuine socialism must be internationalist and revolutionary, or it is nothing.

Biden’s honeymoon with the general public may continue for some time. But it will not last forever. Millions have seen the “best” that capitalism can offer and already refuse to support any variant of “evil.” They can feel the need for a mass socialist party in their bones. Given the craven class collaboration of the labor leaders, prospects for such a party may seem remote at present. But history has a way of expressing necessity through accident, and, eventually, the colossal potential and need for such a party will find a way of expressing itself.

So the real question is: what will replace the Democrats when they are yet again exposed by inaction and ineptitude? Will American politics lurch even further to the right, or will we break through to a new epoch of class politics and prepare the ground for the socialist revolution? It all depends on what we do today.

The climate and infrastructure crises loom over everything, and the old way is unsustainable. Like the collapsed condo in Miami, American capitalism is all glitz and glam on the outside, but corrupt and neglected on the inside. The new normality is one of class struggle. Either humanity buries capitalism, or it will bury us.