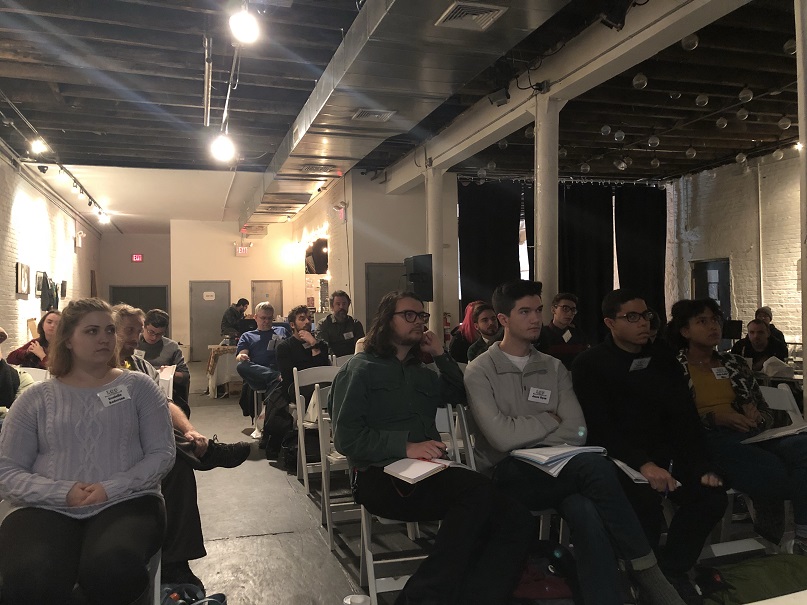 On the weekend of November 11 and 12, the US section of the IMT held its Northeast Regional Marxist School—100 Years Since the Russian Revolution. The school was organised in New York City and attended by over 50 comrades and guests from Philadelphia, Boston, Kentucky, New Jersey, California, Italy and New York City. 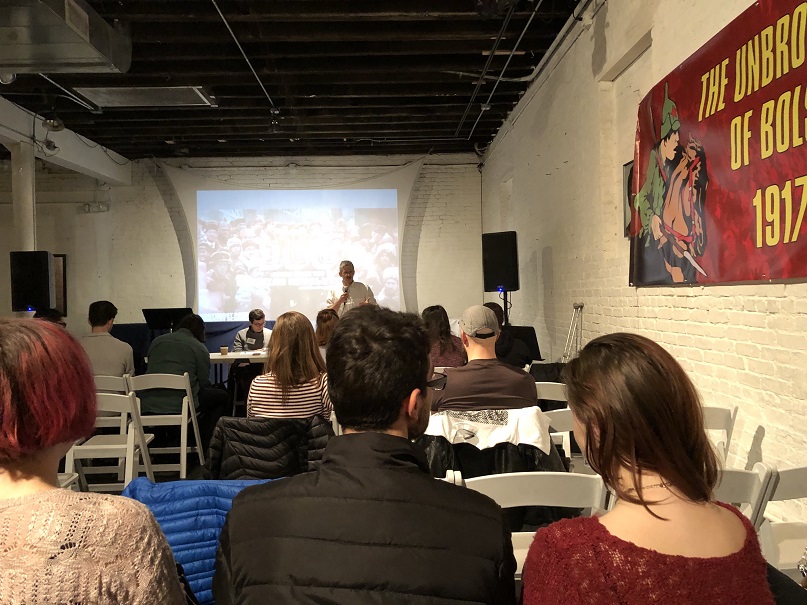 More than 50 in attendance at the US regional school / Image: own work

Day one of the school included three discussions, starting with ‘The October Revolution: Ten Days That Shook the World’, led-off by Claudio from the IMT’s Italian Section, which provided a detailed look at the weeks and hours that led to the winning of power by the Bolsheviks and Russian working class. This was followed by ‘The Workers in Power and the Civil War’, led-off by John Peterson from New York: an overview of the enormous challenges faced by the Bolsheviks and the inspiring heroism and sacrifice of the workers and poor peasants to defend the revolution. The day ended with ‘2017: The World in Crisis—Forward to Socialism’, led-off on by Steve Iverson from Boston, who provided a whirlwind tour of world perspectives and the work of the IMT internationally. 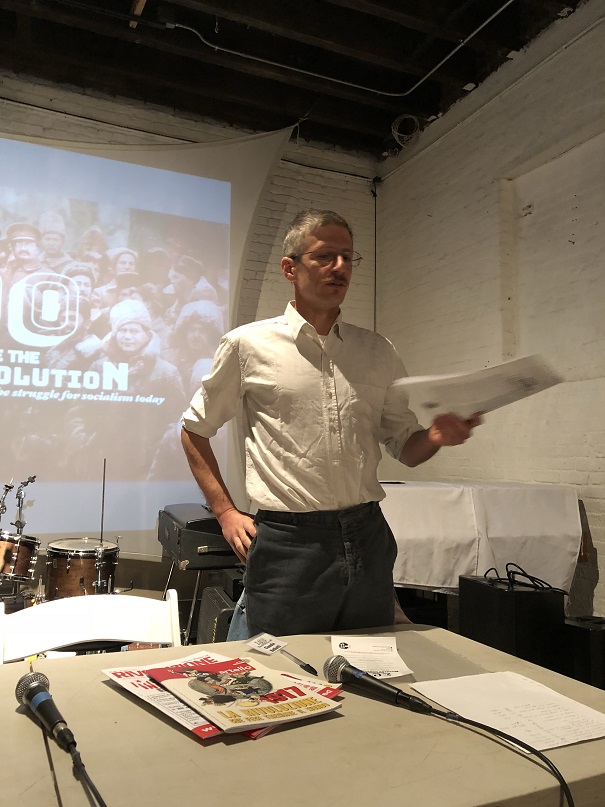 Claudio Bellotti speaking at the regional school / Image: own work

Day two of the school began with a discussion on ‘The Russian Revolution and the Liberation of Oppressed Peoples’, led-off by Tom Trottier from New York, a look at the many progressive advances achieved by national minorities, women and homosexuals in the early days of the USSR. The school ended with a presentation on US perspectives, ‘Bolshevism Today: The Road to the American Socialist Revolution’, led-off by Antonio Balmer from New York. 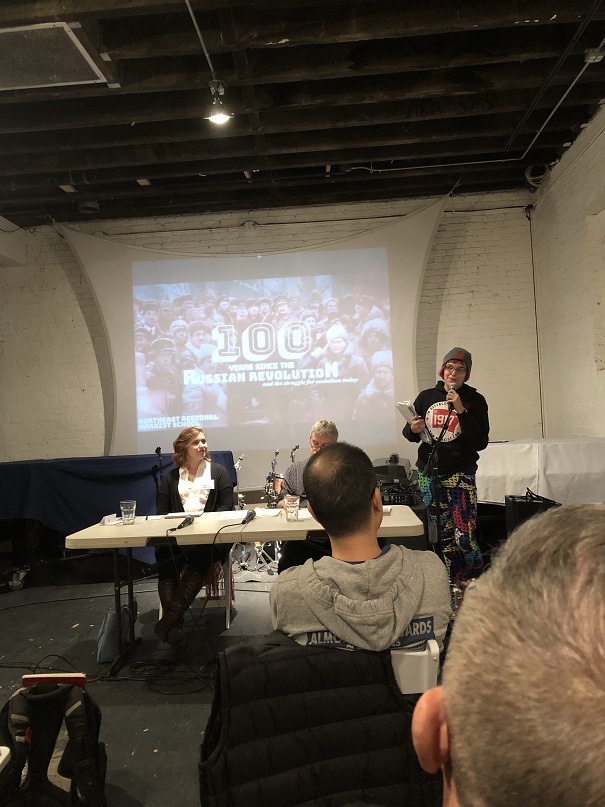 Discussion covered all aspects of the October Revolution / Image: own work

Throughout these presentations and the accompanying discussions, we analyzed the events of Russia 1917 and the lessons we can learn regarding social, political, organizational, and economic matters. We deepened our understanding of the current world capitalist crisis and the way we can apply those lessons learned from October to the present. Such topics included Venezuela, Catalonia, Greece, the Middle East, etc. We ended the day with revolutionary songs and an enthusiastic determination to build for the world socialist revolution. 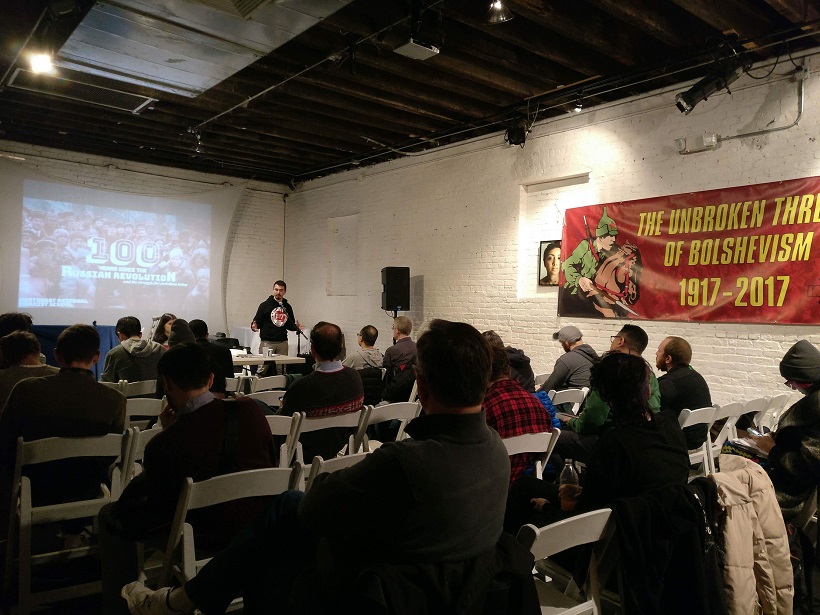