Negotiations have broken down between the Ontario government and 55,000 education workers. Even before a strike has been launched, Minister of Education Stephen Lecce has tabled draconian legislation to take away the democratic right to strike of education workers. Going one step further, the government is also using the notwithstanding clause to eliminate collective bargaining rights altogether and impose a rotten contract on education workers who are among the poorest unionised workers in the province.

This sets a dangerous precedent and thus represents a threat to the entire labour movement. We therefore call on all labour federations, union militants, and workers across the province to stand together in a united front against the Ford government in order to defeat this anti-democratic, unconstitutional law. This will require solidarity strikes and walkouts across Ontario. The Ford government has thrown down the gauntlet. We must pick it up.

Breakdown in negotiations over inflation

Inflation is at the heart of this conflict. As we entered the new school year, inflation was at a 39-year high of 8.1 per cent. This comes on the back of 11 per cent in wage cuts education workers suffered over 10 years under Liberal and Conservative wage-restraint laws. Amidst this cost-of-living crisis, the union is demanding $3.25/hour (roughly 11 per cent) a year to catch up for lost wages. But the Ford regime, bent on implementing cuts, is offering only about two per cent, which is an effective six per cent pay cut each year, when inflation is taken into account. Over a four-year contract, this is almost a quarter of our paycheck lost. Further, the contract would also impose a cut to sick days, making workers manually apply for the short term disability which was paid at 90 per cent and making it subject to a five-day waiting period paid at 25 per cent. 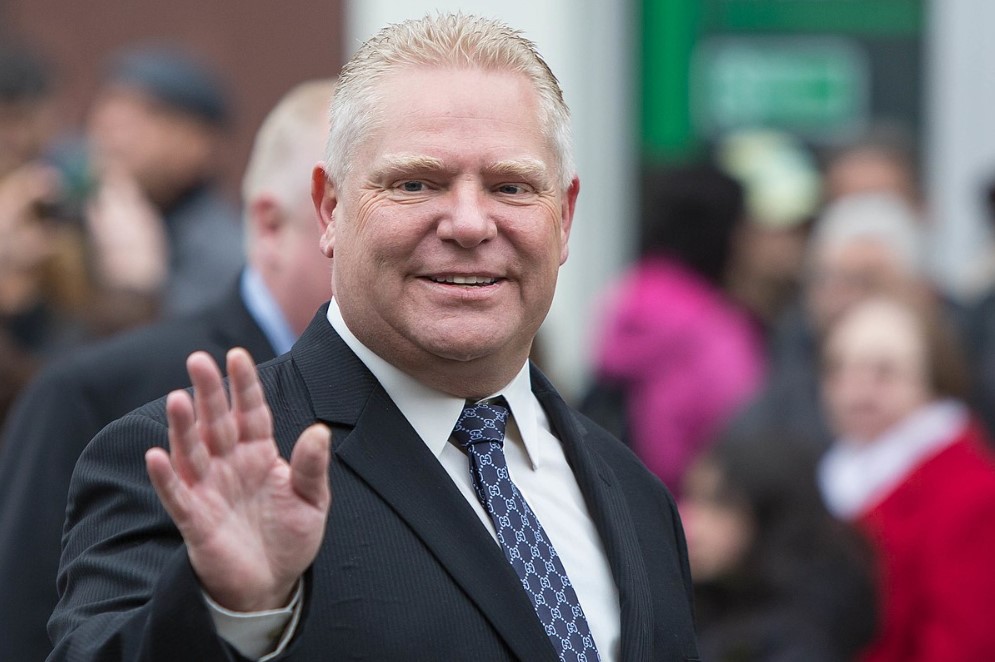 In the 2022 budget, Doug Ford admitted that $50,000 annually constitutes a low-income wage. Many public education workers earn less than $40,000. It comes as no surprise that more than 50 per cent of CUPE workers are working a second and third job to make ends meet. In fact, we are some of the poorest workers in the province. Yet Ford wants to put an end to negotiations and impose a further pay cut.

Stephen Lecce is hellbent on using his mantra of “keeping kids in school” to gain public support, but it was the same PC government that mishandled the pandemic and is now cutting $12.3 billion from education. Additionally, the weight of inflation that CUPE is fighting to secure its workers against is crushing a lot of people. A recent poll shows that 84 per cent of Canadians are worried about inflation and are not optimistic about it going down any time soon.  We cannot afford to move backwards any further.

The right to strike terminated

The preemptive back-to-work legislation tabled by Conservative Party Education Minister Stephen Leece on Oct. 31 would cut negotiations short, render our strike illegal, and impose a four-year poverty contract on us. The government’s imposed contract would implement an absolute cut to sick days as well as a real wage cut. This is an outrageous ultimatum meant to gut public education. The only way to make this government listen is by showing them our strength through defiance and a strike until this law is defeated. 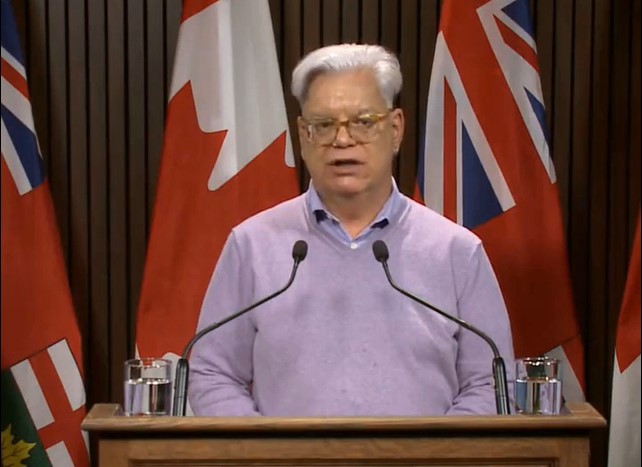 Fred Hahn, President of CUPE Ontario, responded to the legislation by announcing that CUPE members will be engaging in a province-wide protest / Image: Screen Grab

Fred Hahn, President of CUPE Ontario, responded to the legislation by stating, “On Friday [Nov. 4] regardless of what this legislation says our members will be engaging in a province-wide protest. That means no CUPE education workers will be at work”. At a recent OSBCU mass-membership meeting, Fred also paraphrased the famous MLK Jr quote “we have a duty to disobey unjust laws”. At the same meeting, president of CUPE’s Ontario School Board Council of Unions (OSBCU) Laura Walton added that “we need to fight in Ontario like we have never fought before…if we don’t fight now, when will we fight?” She also advised workers to prepare to walk off site Nov. 4 as a “political protest”, legislation or not.

We welcome the bold response by our union leadership in the face of this historic attack. In and of itself, if the union leadership is prepared to organise a day of illegal strike action, this is a qualitative shift in the way in which labour leaders have responded to similar laws in the past which has been to call off the strike and challenge them in court. However it is extremely unlikely that Ford and Lecce will simply back down after one day.

You can’t reason with the unreasonable. This needs to be settled on the picket lines. Beyond the Nov. 4 strike date, we need a plan to extend the strike until this draconian law is brought down and our rights are protected. Both the workers and the government know that the public education system is unable to function a day without CUPE workers. Let’s show them what that looks like.

In response to what they would do if fined, union leaders have hinted that they would pay these illegal and unconstitutional fines. We should be clear that this is an error. Apart from the $500,000 fine threatened against the union, each of the 55,000 workers are equally threatened with $4,000 fines a piece. This amounts to $220 million which if paid would bankrupt and cripple the union. Any fines levied in defence of such a draconian law must be renounced and a mass campaign of non-payment must be launched. No one should go back to work until these fines are off the table.

So far, our union leaders have been unclear what will happen after Friday. The lack of clarity is disconcerting and does not give the rank-and-file of the union much confidence that we will fight this law to the end. Picket lines cannot be called off after one day of strike. Rather than the weekend being a demobilising factor, we can use the weekend to hold rallies and send flying picket squads all over the province to other workplaces who are not technically on strike like the Toronto Transit Commission (TTC), Canada Post, etc. This way the momentum can be kept high headed into next week. We need a clear plan to escalate the strike, with cross picketing (picketing other work places) and solidarity strikes from the rest of the labour movement. We must mobilise a movement the likes of which Ontario has never seen and set a precedent so that the government will never again consider attacking our rights.

Education Minister Stephen Lecce is adamant on terminating the right to strike and the right to collectively bargain in Ontario, and wants to use CUPE, the province’s poorest workforce, as an example. He commented that the legislation is not a blanket move, meaning negotiations with other education unions will resume without threats and bullying. This is a lie. Lecce himself said that what the government signs with CUPE sets the floor in the negotiation with every other teacher union. The outcome of the CUPE strike will provide a blueprint for the fate of all public sector employees, not just education. Now is the time to spread the strike across Ontario! 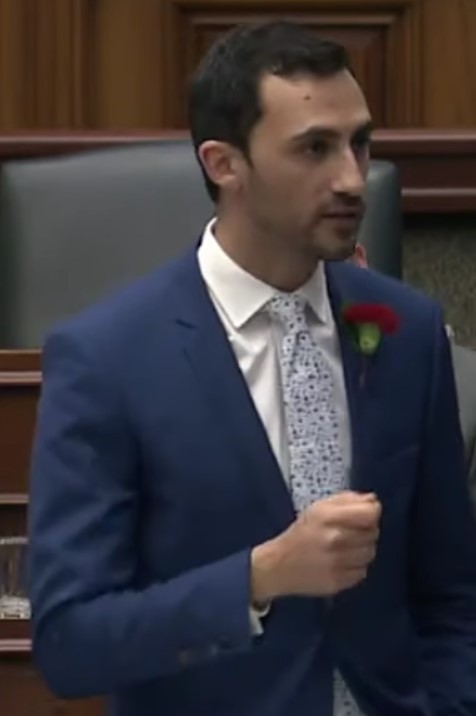 Education Minister Stephen Lecce is adamant on terminating the right to strike and the right to collectively bargain in Ontario / Image: Legislative Assembly of Ontario

Delegates at a recent CUPE National Executive Board meeting reported back that a motion was passed to support members who defy back-to-work legislation in the event of a strike. The OSBCU has also organised rallies and province-wide mass members meetings to organise an opposition. At the recent OSBCU mass meeting, Fred Hahn remarked that the strike would not end until all workers’ positions were reinstated.

The OSBCU and CUPE National plans are a good start, but they need more teeth. Defying back-to-work legislation needs to be on the agenda of every local’s members’ meeting. Strike committees must be enlarged to incorporate the most energetic and militant workers into the forefront of the struggle. There needs to be a plan in every local to be prepared to support workers who defy. Shop stewards must be sent site to site to prepare a mass resistance.

Education workers will have to lead this campaign, but we cannot be left to fight alone: we need the labour movement to stand alongside us to defend our right to strike. Victory for education workers is a victory for all workers; similarly, an injury to one is an injury to all. Defiance cannot be limited to individual members. This would simply allow management to identify and target the most militant workers.

For a victory, we will require the human and material resources of the entire labour movement: we need to mobilise en masse in support of any union that is legislated back to work. This will require joint meetings with other unions, especially the teachers unions. In this spirit, Elementary Teachers’ Federation of Ontario (ETFO) ended its negotiations with the government on Oct. 31 as an act of condemnation towards back-to-work legislation against CUPE. This show of solidarity from ETFO’s leaders needs to be followed up with action by uniting with us on the picket lines, as many teachers have expressed their support to their fellow coworkers from CUPE and a desire to not cross their pickets.

The best way to do this is for the teachers to link up with CUPE through solidarity strike action, uniting the strength of the over 250,000 education workers in Ontario. We will also need to draw in the support of the general public and especially parents through the use of solidarity rallies and protests. We shouldn’t forget how in 2019, more than 30,000 people mobilised at Queens Park to support the teachers unions.

Another good example of solidarity is a motion that was passed at the Toronto and York Region Labour Council (TYRLC) in 2018. The motion called for a campaign of “solidarity walkouts and mass political protests” which would “be triggered in the event that any TYRLC affiliated local has its rights violated.” This model must be adopted by the Ontario Federation of Labour (OFL) and replicated across the province! A wave of solidarity strikes could paralyse this already unpopular government.

We call on all labour federations, union militants, and workers across the province to stand with us in a united front against the Ford government and ensure the victory of our strike! Lend us the support we need to make this a labour victory to be remembered by future generations.